Approx.  593 schoolchildren will benefit from this activity

Mitsubishi Electric is an electric and electronic equipment company working towards a sustainable society. As a responsible corporate citizen, Mitsubishi Electric India realizes the need for sustainable development. The company is working towards accomplishing its CSR objectives through various initiatives such as Clean Drinking Water program for government schools, health awareness, skill development competition, etc. This year, the company included areas adjoining Chandigarh city in the CSR plan as well. It is the company’s endeavor to align CSR initiatives around Government policies for the benefit of the society.

Chandigarh is one of the greenest and cleanest cities of India. The city is also known for its well planned infrastructure and Mitsubishi Electric would like to be a part of the growth story of the city and it’s adjoining areas like Sahibzada Ajit Singh Nagar, Panchkula, etc. and  will support social initiatives in addition to the strong business network presence it already enjoys.

Addressing the initiative, by Mr. Katsunori Ushiku, Managing Director, Mitsubishi Electric India Pvt. Ltd. said, “We would like to support the school going children with necessities at their schools. It is our aim to be a partner in the development of India through our philanthropic activities.  We have covered five government schools in adjoining areas of  Chandigarh with drinking water installations. We will extend our support in the coming years as well, thereby working to maintain a healthy ecosystem”

Almost 97% Households Now have Access to LPG Cylinders through... 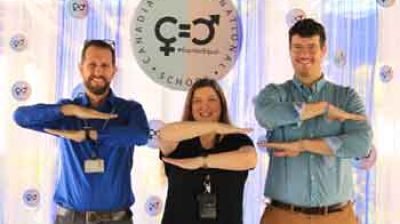 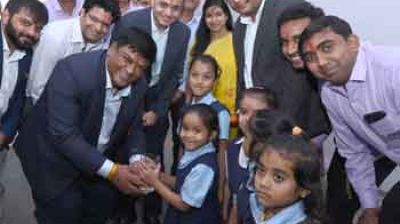 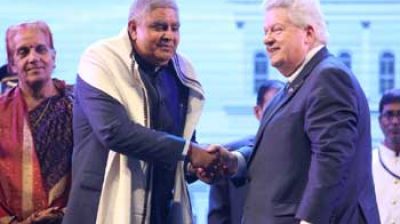 Rotary celebrates a century of service in India