New Delhi,
Amid much zeal and jollity – marking the birthday of ‘Missile Man’ of India, Kumar Keshav – the Managing Director of Lucknow Metro Rail Corpration Limited (LMRC) – bagged the first Dr APJ Abdul Kalam Memorial Award for ‘Innovation in Governance’, at the capacity-crowded Vigyan Bhawan auditorium on Saturday. Former Chief Election Commissioner of India Dr. SY Qureshi, who was the chief guest, in his 15minute-keynote address on ‘Innovations to improve the election process and democracy’, said that low turnout had been the bane of India’s elections, raising questions on elected representatives’ legitimacy. Later, Dr Alok Ranjan, a former bureaucrat and chairman of the Dr APJ Abdul Kalam Memorial Award committee, handed over the awards to the recipients. Jubilant-looking Keshav, in his presentation on innovation in governance said that timely and up-to-the-mark delivery of the work always scripts your agenda and success. “Despite many odds, the LMRC has finally proved innovation – incorporated with sheer determination – always ensures appreciation,” he said, adding, “Action without contemplation and contemplation without action are always folly.” He further said that the award was the result of the efforts of the whole team of Lucknow Metro. “This honour is of much significance to Lucknow Metro as it is the first Dr APJ Abdul Kalam Memorial Award on Innovation in governance and it has been has been bestowed to Lucknow Metro Rail Corporation (LMRC) among various other nominations from reputed organizations in the country,” he said. Keshav further said that Lucknow Metro Rail Corporation (LMRC) had always displayed itself as a very unique kind of government organiszation focused on innovative ideas to execute and complete the project in an excellent manner in such a stiff target- that is the priority section by December 2016 and entire 23km North-South metro corridor by 2019. Even contemporary metro projects in the country have also not been able to match up with the speed of deliverance in the country. The project has achieved the distinction of being the fastest ever Metro project execution that has happened in the country so far, emphasized the LMRC MD. The other recipients of this award included Ashwani Lohani (CMD, Air India), Navniet Sikera (IPS) and Jayant Krishna (COO, NSDC on Skilling India).
Read the full article
Tags: Missile-Man’s B’Day: Lucknow Metro MD get maiden Kalam Award Lucknow Metro Rail Corporation LMRC Dr APJ Abdul Kalam Memorial Award 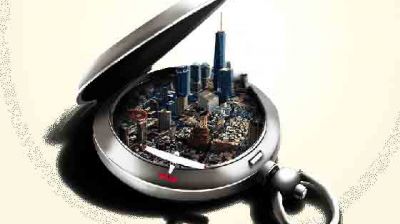