Home Editorial Articles Ministry of law and justice and the year end review of department... 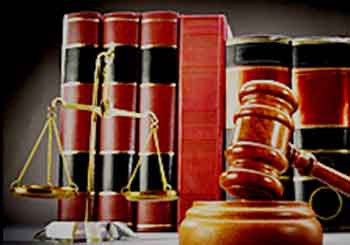 The e-Court Integrated Mission Mode Project was launched with the objective of improving access to justice using technology. Phase II of the project started in 2015 with an outlay of Rs.1,670 crore out of which a sum of Rs.1611.19 crore has been released by the Government. Under Phase II, 18,735 District & Subordinate courts have been computerized so far.

As part of WAN project, connectivity to 2957 of 2992 court complexes (98.7% sites) havebeen provided with 10 Mbps to 100 Mbps bandwidth speed using various technologies like OFC, RF, VSAT etc. TNF sites have been reduced from 58 to 11.

Using National Judicial Data Grid (NJDG), developed with elastic search technology, lawyers and litigants can access case status information of 19.76 crore cases and more than 15.99 crore orders/judgments. Open APIs have been introduced which allows the Government departments to use the NJDG data for research and analysis. To track cases related to land disputes, Land Records data of 26 States have been linked with NJDG.

Using Video conferencing, the District and High courts have heard nearly 1.65 crore cases and the Supreme Court had nearly 1.5 lakh hearings making it the world leader. VC facilities have also been operationalized between 3240 Courts and corresponding 1272 Prisons. Funds for setting up 2506 VC Cabins have been made available. Additional 1500 VC Licenses have been acquired. Live Streaming of proceedings has started in Gujarat, Karnataka and Orissa High Court thus allowing interested persons to join the proceedings. Uttarakhand and Telangana have started Mobile e-courts van equipped with Wi-Fi and computers for video conferencing for speedy disposal of cases.

15 virtual courts in 11 States / UTs have been set up to try traffic offences. These courts have heard more than 1.07 crore cases and realized Rs. 201.96 crore in fines. Delhi High Court has started 34 Digital Courts to hear cheque bounce cases under the Section 138 NI Act.

An e-filing system (version 3.0) has been launched in April 2021, for the electronic filing of legal papers with advanced features like online submission of Vakalatnama, e-Signing, online video recording of oath, online payment, filing of multiple IAs/application, Portfolio Management and bilingual mode etc. Online payment of court fees, fines and penalties has been initiated through https://pay.ecourts.gov.in. As on 31.10.2021, 22 States have already amended the Court Fees Act.To make justice delivery inclusive and to mitigate handicaps caused by digital divide, 235 e-Sewa Kendras are being rolled out to provide e-filing services to lawyers and litigants.

National Service and tracking of Electronic Processes (NSTEP) has been developed for process serving and issue of summons and is currently functional in 26 States/UTs.

A new ‘Judgment & Order Search’ portal has been inaugurated to provide a repository for Judgments and Final Orders of the High Courts and can be reached at https://judgments.ecourts.gov.in.

A Software Module called the Order Communication Portal (OCP) has been launched by the Orissa High Court to facilitate secure and instantaneous communication of High Court’s orders and judgments to Subordinate Courts.

To bring awareness to the public about justice sector, advertising various schemes of the department and to give status of various fields to the public, 29 Justice Clocks have been installed at 19 High Courts.

A manual on e-filing and a Brochure on “How to register for E Filing” has been made available in English, Hindi and 12 regional languages for the use of the lawyers. A You tube channel has been created in the name of the e Court services which has helped advocates to acquire skills required for operating digital platforms with ease. The e-Committee of the Supreme Court of India has conducted trainings and awareness programmes on the ICT services which have covered 3,02,614 stakeholders.

A Centrally Sponsored Scheme for setting up of 1023 Fast Track Special Courts (FTSCs) including 389 exclusive POCSO (e-POCSO) Courts was started by the Union of India in October, 2019 to provide speedy justice to the victims of rape and POCSO Act through expeditious disposal of related cases. The scheme was initially for one year with outlay of Rs.767.25 Cr. with Central Share amounting to Rs. 474 Cr. to be funded under Nirbhaya Fund. Central Share of Rs. 140 Cr. and Rs. 160 Cr. have been released to the States/UTs during 2019-20 and 2020-21.

Achievements of the Scheme in the last year

One of the major initiatives of the National Mission relates to Centrally Sponsored Scheme (CSS) for Development of Infrastructure Facilities for Judiciary. CSS for Development of Infrastructure Facilities for Judiciary aims to increase the availability of suitable number of Court Halls, and Residential Accommodations for Judges / Judicial Officers of District and Subordinate Courts all over the country including at District, Sub-District, Taluka, Tehsil and Gram Panchayat and Village levels. This will help in improving the functioning and performance of the Judiciary across the country in reaching out to every citizen.

The Government has approved the continuance of this CSS for a period of 5 years i.e. from 2021-22 to 2025-26 with financial outlay of Rs.9000 cr (including central share of Rs.5307 cr) and also introduced some new features like provision of Lawyers Halls, toilet complexes and digital computer rooms for the convenience of lawyers & litigants, besides court halls and residential units.

As per the Constitutional framework, the selection and appointment of judges in subordinate courts is the responsibility of the High Courts and State Governments concerned. The Supreme Court, through a judicial order in Malik Mazhar case, has devised a process and time frame to be followed for the filling up of vacancies in subordinate judiciary. Department of Justice has been taking up the matter of filling up of vacant positions in District & Subordinate Courts with the States and High Courts. Department of Justice has hosted a MIS web-portal on its website for reporting and monitoring of sanctioned and working strength, and vacancies of Judicial Officers of District and Subordinate Courts on monthly basis. This enables the policy makers to get monthly judicial data.  From April, 2021 portal for reporting of “Vacancy related Data” in compliance of directions of Malik Mazhar Sultan case is also live on the Department of Justice website.

Disposal of cases is within the domain of the judiciary. However, the Union Government is committed to speedy disposal of cases and reduction in pendency of cases to improve access to justice in line with the mandate under Article 39A of the Constitution. The National Mission for Justice Delivery and Legal Reforms, established by the Union Government, has adopted many strategic initiatives, including improving infrastructure [court halls and residential units] for Judicial Officers of District and Subordinate Courts, leveraging Information and Communication Technology (ICT) for better justice delivery, filling up of vacant positions of Judges in High Courts and Supreme Court, reduction in pendency through follow up by Arrears Committees at District, High Court and Supreme Court level, emphasis on Alternate Dispute Resolution (ADR) and initiatives to fast track special type of cases. As on 6 December 2021, there are 69,855 cases pending in the Supreme Court.  The pendency in respect of high Courts and District and Subordinate Courts, as on 17 December 2021 stands at 56,39,702 and 4,006,61,393 respectively.

The Department has made live the “Average Time Taken for Disposal of Cases” Portal on its website to record the responses by all High Courts pertaining to the time taken on an average in disposal of criminal and civil cases. This in compliance of observations made by Department-related Parliamentary Standing Committee to maintain record of time taken in disposal of cases in courts.

Hon’ble Minister and Hon’ble Minister of State of Law & Justice held a brainstorming session with the officers and staff of the Department of Justice on 12.10.2021 at Garvi Gujarat Bhawan, New Delhi.  During the meeting, there was a candid exchange of ideas and several fruitful suggestions were made to improve the functioning of the Department of Justice both in terms of policies and processes.  It was also decided that further rounds of free-wheeling of ideas and thoughts would be held later for building cohesive team work in the Department.

On the occasion of celebration of Constitution Day on the 26.11.2021, arrangements were made in Jaisalmer House to enable the staff and members of the Department of Justice to participate in the reading of the Preamble of the Constitution of India and joining in the oath taking ceremony ‘live’ with the Hon’ble President of India.  To popularize the importance of Constitution in the lives of common man, a Webinar on ‘Fundamental Duties’ was organized.  Vice Chancellors from National Law University, New Delhi and National Law University, Mumbai and Registrar of National Law School of India University, Bengaluru participated to enlighten the participants on the philosophical background of Fundamental Duties, Constitutional provisions on Fundamental Duties and the need of following Fundamental Duties during Covid times.  The webinar reached out to 24,000⁺ participants including front line functionaries (Para legal Volunteers, Village level entrepreneurs and Panel Lawyers) of Tele-Law Programme.

Ministry of culture and the its year end review for 2021