Amid sprouting of a multitude of start-ups, the MSMEs (Micro, Small and Medium Enterprises) sector appears to be on the cusp of sharp growth with the government’s plans aimed at giving a fillip to the sector start unfolding slowly and steadily.

With an eye on the MSMEs potential-contributing eight per cent of the country’s GDP- the Centre has recently announced a slew of schemes for ease of business. India is expected to emerge as one of the leading economies in the world and is poised to outpace 7.3 per growth of last fiscal as per assessment of the Finance Ministry. Much of this growth is expected to come from the MSMEs which is acting as the key driver.

MSMEs at present account for approximately 50% of GDP in the developed countries creating 45% of overall employment. In India, it plays a crucial role in the GDP and employs 106 million people in the workforce. The sector, which accounts for 40 per cent of total exports and 45 per cent of the manufacturing output, has 361.76 lakh enterprises and out of which 15.64 lakh are registered. Steps have been initiated to simplify business inter-alia Aadhaar Udyog Memorandum for registration of MSMEs, framework for revival and rehabilitation of MSMEs and PM Employment Generation Programme (PMEGP) scheme.

Though several industrialists running the enterprises have aired their concerns on handicaps in way of fast growth of the MSMEs, Minister of MSME Kalraj Mishra exudes confidence that the sector would clock a steep growth. The Government has got “very good response” with the recently launched simplified Aadhaar-based registration system for MSME sector. Within a short period 800, registrations have been received under the scheme.

PMEGP employment of about 118,196 people have been generated during 2015-16 and Mr Mishra laced his optimism with spike in Khadi sales and gradual restoration of its popularity. The Khadi and Village industries has hit record growth of 17.55 % during last one year –October 2014-15.

Likewise the framework for revival and rehabilitation of MSMES has been notified under MSMED Act, 2006. Many entrepreneurs long for drastic change in MSMED Act in the wake of fast changing ground business realities. The Cabinet in its meeting on March 25 this year had approved the Ministry’s proposal for introduction of the legislation, namely MSME Amendment Bill, 2015 to amend the 2006 MSME Development Act 2006.

The announced framework provides a mechanism for revival and rehabilitation with a definite voice to the entrepreneurs and is expected to balance the interests of debtors and creditors. The framework enables Banks/creditors to identify MSMEs which are in the stage of incipient stress and take corrective action to prevent them from becoming NPAs.

MSMEs can seek revival and rehabilitation benefit through a committee constituted by banks with representative from state Governments, experts and others. Likewise, the PMEGP, Mr Mishra said, has received enthusiastic response from the unemployed youth. Since inception in 2008-09 and been able to provide employment opportunities to 28.88 lakh persons through setting up 3.37 lakh enterprises and with margin money subsidy of Rs.6712.97 crore.

As per official statistics, there is substantial improvement (10 times) in the performance of PMEGP during 2015-16 compared to year 2013-14.  The ministry has opened interactive interfaces on Facebook and Twitter with the objective of disseminating information relating to programmes, schemes and to connect with public at large.Under the Skill development Mission, the Ministry has been providing training to eight to nine lakh persons per year to enable them to create new enterprises or become job ready for industry.

These training programmes would be made NSQF (National Skills Qualification Framework) compliant with uniform funding pattern. MoU has been signed with Samsung Electronics for starting of MSME - Samsung Digital School for development of mobile Apps. MSME – Samsung Technical School at 10 Locations (Ludhiana,Delhi,Hyderabad, Ahmedabad, Aurangabad, Varanasi, Bhubaneswar, Chennai, Mumbai and Kolkata) have been established to meet the needs of skill development activities of technically educated youth.

For structured growth, National Institute for Micro, Small and Medium Enterprises (ni-msme), Hyderabad organised 46 talent melas during the period April to September, 2015 at different locations in the country. In these fairs, 332 job providers and 29,066 job seekers participated out of which, 9,121 candidates were selected for employment. Besides, 85 companies participated in the talent mela organised at the Davangere, Karnataka last month where out of 9,141 job seekers who registered, 3,104 candidates were selected for employment

The MSMEs have clocked a steady growth both in production and revenue generation, but some regions, mainly southern belts, fared better. Similarly, some sectors left others in the MSEMEs portfolio way behind in the race during last one and half year.

Mr  Mishra said the government intended to lead  MSMEs on a high growth path and his ministry plays the dual role by assisting MSMEs in terms of providing them with a supportive framework through policy advocacy and by bringing about institutional reforms in areas such as policy vacuum including taxation reform, regulatory systems’ reforms and finance provisioning reforms. He illustrated the need to identify important verticals within this sector with differing interests with regards to government’s policy interventions and highlighted the merits of adopting a focused approach to benefit these enterprises.

Experts and financial wizards had brainstorming sessions recently in Mumbai  deliberating on how the MSME Sector can increase its contribution towards industrial and employment growth and also discuss the next generation opportunities that will enable this realisation. “Make in India’ campaign, experts affirm, has opened up huge opportunities for MSMEs to partner with public sector enterprises in defence, power, railways, infrastructure and other sectors.

With emphasis on manufacturing in the country, MSMEs sector is pregnant with huge business opportunities. The Mumbai Summit focused on bringing together the different stake holders who hold the keys of unlocking the sector’s potential. Policy makers, large companies, the sunrise sector players, financial Institutions, PSEs and leading entrepreneurs shared ideas, learning and opportunities.

The MSMEs in the southern states  Tamil Nadu, Kerala, Karnataka, Andhar Pradesh and Telangana, showed a better performance than other regions. The South units registered a growth in average annual turnover of 21 per cent in 2013-14, as against 13 per cent overall growth of MSMEs, the study said. MSMEs in Andhra Pradesh (AP) and Tamil Nadu (TN) posted 21 per cent and 18 per cent growth respectively and emerged as main players to the growth in that region. The key sectors contributing to the growth story in the south are pharma & healthcare (45 per cent growth in average annual turnover of MSMEs), metal (35 per cent), leather (32 per cent), agro-processing (21 per cent), textile (17 per cent) and IT(16 per cent).

MSMEs in South are expected to surpass the other regions in terms of future growth with support from policies for industrial development, including the setting up of various industrial centres in less developed regions of southern TN, development of the Madurai-Tuticorin corridor in TN, a green energy corridor and infrastructure development of 31 cities in AP under the Atal Mission for Rejuvenation and Urban Transformation (AMRUT) scheme.

The development of India lies in the progress of its states and the industries therein, which is possible only with large companies handholding and supporting the MSMEs, Mr Subhas Desai, Industries Minister in Maharashtra recently said at CII meet in Mumbai. He also acknowledged that it was very encouraging to see the attention and the support received by MSMEs, not only from the government but also by the industry and other institutions. Experts say there is a need for a holistic industrial growth with an environment for encouraging start ups and to support struggling enterprises for which the Minister appealed that the large companies should step forward to lead.

The SMEs suffer the high cost of credit which does not reach them in time. The SMEs need financing for operations & working capital (mainly manpower & electricity costs); modernisation / upgradation of technology; marketing and capacity expansion. There is an inadequate capital infusion compounded by insufficient data on credit requirement, they said. They also said a monitoring mechanism should be put in place to ensure adherence of various policy guidelines issued and schemes announced by the RBI for the benefit of SMEs.

Their charter of proposed facilities advocate : availability of higher amounts of loan without insistence on collaterals and third party guarantees must be ensured; enabling Equity participation for MSME; Additional budget needs to be provided to Cluster Development Programme implemented by the Ministry of MSME; Simplification in export related procedures and ease of documentation, E-enabling system for export and Continuity of the Foreign Trade Policy; simplifying the Compliance and the Inspection policy under the Labour Act governing the MSMEs; 25 per cent of fund allocations need be reserved for women entrepreneurs to fill the gender gap in the industry; and allocation of land in coming up industrial corridors. 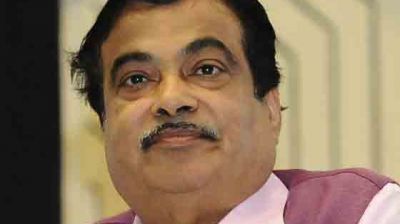