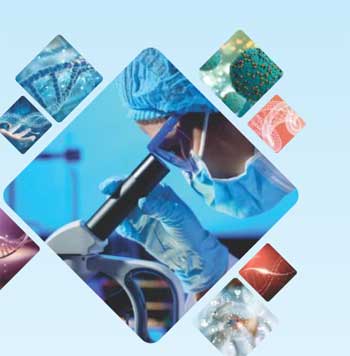 Performance of tiny engines encompassing single colloidal particles vary with modulations in environmental noise, said a study by researchers who evaluated the response of such micro engines to noise fluctuations in the surrounding medium. This insight will be essential for future construction of micro-machines that operate in complex biological environments and are becoming increasingly important in biomedical engineering.

Micro mechanical machines are in the forefront of present-day science and technology, with applications ranging from aerospace to biomedical engineering. Recently scientists have experimentally constructed such machines from single colloidal particles. In these systems, mechanical work and power production is highly dominated by the fluctuations in its environment. Therefore, understanding the role of environment noise statistics on this energy conversion is pivotal to understanding the operation of such micro-machines like naturally occurring molecular motors that carry out transportation inside a living cell.

A team of researchers at the Jawaharlal Nehru Centre for Advanced Scientific Research (JNCASR), an autonomous institute of the Department of Science & Technology, Govt. of India and the Indian Institute of Science (IISc) Bangalore, constructed a micrometer-sized Stirling engine (kind of heat engine converting thermal energy into kinetic energy by heating and cooling the working gas sealed in the cylinders) by confining a single colloidal particle with a laser trap.

Testing its functioning in the presence of reservoirs (the fluid that holds the colloidal particle) with thermal noise (due to the random motion of the water molecules) and non-thermal noise (noise from sources other than temperature like fluctuating laser beams), they found that the engine is responding to non-thermal noise. This study has been published recently in the journal ‘Nature Communications’.

The JNCASR team carried this out with the help of a new technique of reservoir engineering using laser traps to impart artificial noise to colloidal particles, which allowed a large variety of artificial noise which were not possible to realize earlier. The team also showed that the mode of maximum power production can be obtained at various cycle-speed (time taken to complete one Stirling cycle) without affecting the engine’s efficiency.

Molecular motors which carry out transportation inside a living cell operate far from equilibrium (takes only forward steps) in the presence of non-thermal (not involving either heat or change in temperature) noise. Therefore, understanding the role of non-thermal noise on non-equilibrium energy conversion will be an insight for the construction of any artificial micro-machine that operates in complex biological environments. 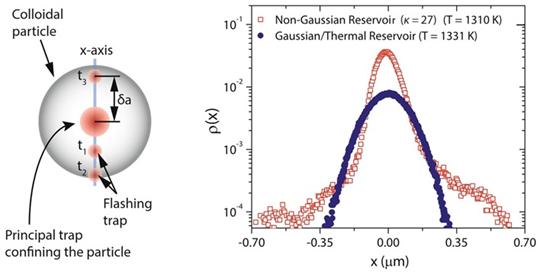 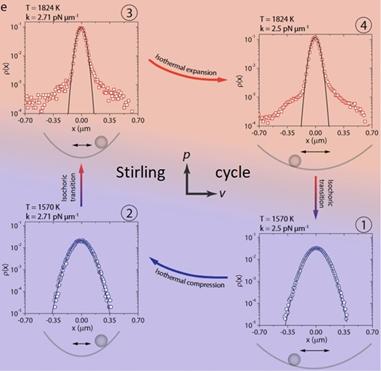