INVC, Delhi, Prakash Javadekar, Minister for Environment, Forests and Climate Change has said that merit-based and information technology-driven initiatives would facilitate transparent, objective and balanced policy decisions that would not only expedite processes but also help in striking a fine balance between environment protection and development. Shri Javadekar stated this while launching the first version of Geographical Information System (GIS) based Decision Support System for Forest Clearance here today. The Minister further added that this step was the latest in a series of key initiatives undertaken by the Ministry to fast-track efficient, expedite and transparent decision making pertaining to effective forest management, environment protection and biodiversity conservation. Elaborating further, Shri Javadekar said that in order to facilitate the needs of the critical sectors necessary amendments had been carried out to balance environment protection, development, logistical needs and requirements. Such projects would be balanced with compensatory afforestation programmes. In order to decentralize the process of granting of Forest Clearances, the Ministry had constituted Empowered Committees at regional levels and delegated decision-making powers to these Committees for issuing Forest Clearances to Linear Projects like Railway Lines, Transmission Lines, Highways, and Pipelines. In a similar vein, development processes had been expedited in Left Wing Extremism affected areas. Outlining the future course of action, the Minister said that information on Eco Sensitive Zones would be made available through the newly launched web based Decision Support System in its second phase. Hydrological layer, Net Present Value of Forest, Time Series of Forest Cover Map, Important Wildlife habitats outside Protected Area network, Recorded forest area boundaries would also be incorporated into the system, the Minister added. Secretary, Ministry of Environment, Forests and Climate Change Shri Ashok Lavasa who was also present on the occasion said that in order to achieve afforestation targets, it is important to make available precise, accurate, and timely knowledge and information on forest resources to decision makers and other stakeholders. The first version of the Decision Support System developed by the Forest Survey of India would provide qualitative, quantitative and administrative attributes of forests to facilitate efficient management and implementation of Forests Conservation Act. Designed with features like Search Layer Tool, Draw and Measure Tool, Identify Tool and Print Tool, the GIS based Decision Support System would help the government classify forests of the country into various classes and categories based on the ecological significance of each category. Availability of the database would also significantly improve accessibility of information and predictability of forest clearance applications. The new system contained information on geo-referenced layers of Forest Cover, Forest Types, Biological Richness, Landscape Integrity, Protected Areas, Tiger Reserves, and Tiger Corridors. 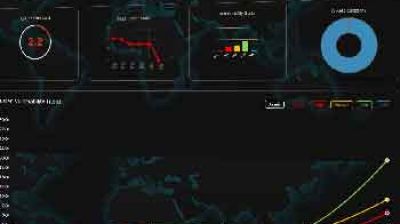