INVC,, Delhi,, The Hon’ble High Court of Delhi comprising the Chief Justice Dipak Misra and Justice Sanjiv Khanna, today took up the Writ Petition No. 3135/2011 in the nature of Public Interest Litigation filed by Mental Health Foundation seeking to accentuate/expedite the process of implementing the 210th Report of the Hon’ble Law Commission of India seeking to repeal/abolish Section 309 of the Indian Penal Code. Section 309 has been defined as the following in the Indian Penal Code:- “309. Attempt to commit suicide – Whoever attempts to commit      suicide and does any act towards the commission of such offence, shall be punished with simple imprisonment for a term which may extend to           one year (or with fine, or with both)”. The Lawyer for the Petitioner Foundation, Mr. Aditya Shankar, argued before the Hon’ble High Court that such a provision was not only anachronistic, it was arbitrary & oppressive to the welfare of human beings.  In view of the recommendations of the Hon’ble Law Commission, in its 210th Report on Humanization and Decriminalization of Attempt to Suicide, such a provision deserved to be sacrificed at the altar of law on cardinal principles of humanity. Any person who attempted suicide for any reason either social, economic, physical, emotional and personal causes did not attempt the same out of any personal thrill or innate desire to commit it. It is only due to unforeseen circumstances that shape an individual’s life that such an act is attempted by any person of any standing. The Hon’ble Chief Justice enquired from the Learned Additional Solicitor General of the Union of India, Mr. Amarjit Singh Chandiok, as to what should be done when any Recommendation has been made by the Hon’ble Law Commission, especially in the wake of the fact that the Law Commission itself has been created by the Union of India. The Hon’ble High Court according gave 6 weeks time to the Union of India to file their reply so as to assist the Hon’ble Court in formulating what directions should be passed in this matter. The next date of hearing is 13th July 2011. It must be stated that the following parties have been arrayed as Respondents in the Present Matter.   It must be stated with impunity, that neither of these Respondents collect any data pertaining to convictions of those individuals who have attempted suicide. There is also no data regarding the number of people who attempt suicide in India on a yearly basis. Some of the eminent nations that have decriminalized attempt to suicide Laws are as follows: – 10. Ireland – 1993 11. Sri Lanka – 1998 12. United States of America – 1990s With regards to Sri Lanka, it must be stated that before the abolition of       punishment for suicide and attempt to suicide, rigorous penal punishments were       prescribed for those found guilty of committing such a crime. However,   punishments are not prevalent now.   The United States of America (USA) does not treat attempt to suicide as a crime under any state laws. However, under the modern US Laws, some states,     however classify attempted suicide as a criminal act, but prosecutions in such             cases are a rarity if the offender especially is terminally ill. Instead, some          jurisdictions require a person who attempts suicide to undergo temporary          hospitalization and psychological observation. Six states of the US namely North and South Dakota, Washington, New           Jersey,             Nevada still considered attempted suicide as a crime till 1963. However, they       were all repealed by the year 1976. By early 1990’s attempted suicide was      listed as a crime by only 2 US States. However, as of now has been removed by            them. However, in some US states, attempt to suicide is still considered an         unwritten “common law crime”, as stated in Blackstone’s Commentaries as held    by the Hon’ble Supreme Court of Virginia in Wackwitz v. Roy in 1992).   The laws for attempt to suicide in Australia vary from each state. The           Northern Territory is the only exceptional territory in Australia where attempt to          suicide is considered illegal, unlike the rest of the country where attempt to   suicide is legalized. Otherwise, the suicide laws have been abolished in South   Australia in 1935 under Section 13 A of the Criminal Consolidation Act, and in           Victoria in 1958 under the Victorian Crimes Act. Scotland does treat attempt to suicide as a Breach of Peace. However suicide is             not treated as an offence Scottish Law. A proper legislation dealing with this    subject was enacted only in 1961 in England and Wales when the Suicide Act was    passed.   It is time that India repeals this anachronistic, arbitrary and oppressive piece of    law.
Read the full article
Tags: invc Chief Minister suicide suicide Laws The Hon’ble High Court of Delhi Chief Justice Dipak Misra Justice Sanjiv Khanna commit suicide SANJAY KUMAR JOINT SECREATRY MHF 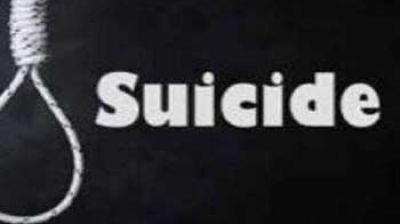 Suicidal Thoughts – Signs to be Aware of

i think this law should be ab0lished