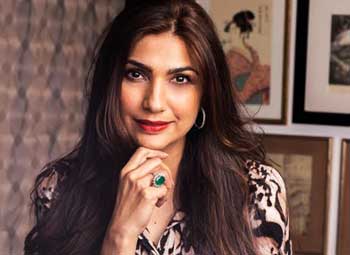 At her session, the celebrated author spoke about men trolling women on Twitter, her book Love In The Time Of Affluenza and English as the language of our country.

ABOUT HER BOOK LOVE IN THE TIME OF AFFLUENZA

When I started writing the book it was going to be a social commentary. I find it easier to get inside the head of a woman. The book exists in upper strata of society, a lot of issues like patriarchy and double standards that are there. Society looks at women from a dfferent lens as compared to men. I started to tell this story of how if a woman ever strays outside of marriage, she is written off entirely as a human being. Everything about her is then just a shade of black. Women get judged a lot in a society.

LOVE IS A MYTH IN MARRIAGE

Love is a nuanced thing, it is perceived as a romantic notion from the begining. For girls, there is a certain notion of being rescued by love. In this process, people forget about self-love. I have talked about that also in my book. Marriages aren’t easy, the concept of love evolves in a marriage. There is a tolerance and forbearance to it. It is about accepting your partner as they are, that is love.

ENGLISH AS A LANGUAGE OF INDIA

It absolutely is. In post-independence India, English as language unifies us all and the different states of India. India is a big continent in itself, Gujaratis know how to speak in English, even Punjabis, Malyali and people in other states. It does unify us, it is a language in which a lot of schools teach, it is a language of instruction. We can’t live in a delusions that it is not important. We can’t do away with our past, and just say that Mughals never came, the British never came to India. So many of us, think in English.

While I am writing a book, I don’t read another book or watch television during that time, because then you are introducing another world to your life. I stay in the world where I am writing the book. That is why deadlines are so important. Fiction is based on a lot of realities. It is borrowed out of life. Unless it is dystopian, because no one pulls out stories just like that out of their hats.

MEN BELIEVING WOMEN SHOULD BE SUBMISSIVE

Men get very uncomfortable when you have a different opinion from the general norm. Even at work or even in a marriage. It is like you are less feminine when you have an opinion. Look at the trolling that happens on Twitter, whether it is Swara Bhasker or me, the ideas which doesn’t resonate with men they get trolled. You have to see how vile they can get. Because they are very shocked that how a women can say that. I have a new hobby now, whenever I defend a woman or myself, for saying an opinion which is different view from the common point of view, I start blocking the trolls. It is my favourite past time, I get a different pleausre from it. Because if you fight with a pig, you will roll in the mud with the pig and the pig will enjoy it.

It has become a problem. I do spend considerable time on Twitter and Instagram. It takes time away from my productivity. Children are fascinated by people like the Kardashians or Paris Hilton or even the Indian celebrities who I may not be aware of. Children are sort of baptized by Kardashian family. They believe you have to be wealthy and famous at any cost. This obsession of being famous, because of what has been projected by social media, it is altering your value system. There is discontentment with your own life.

Shunali even talked about a few characters in her book at the session, and revealed that a character named Riyad Siddiquie is based on Bollywood actor Farhan Akhtar.

Over 11 Crore Impressions on Social Media