Mega tourism projects are a judicious mix of culture.

Ministry of Tourism continued its efforts to develop quality tourism infrastructure at tourist destinations and circuits across the country. According to the Annual Report of the Ministry of Tourism for the year 2011-12 released here today, the Ministry has sanctioned 160 tourism projects for an amount of Rs. 710.02 crore for tourism infrastructure augmentation to States/UTs upto 31st December, 2011. The Ministry has given special focus on development of important destinations/circuits through sanction of mega projects. Mega tourism projects are a judicious mix of culture, heritage, spiritual and eco tourism and aim to give tourists a holistic experience. As on 29.02.2012, the Ministry has identified 53 mega tourism projects in consultation with State Governments, out of which 35 have been sanctioned. The Ministry holds prioritization meetings with State Governments/ UT Administrations before the beginning of a financial year to identify tourism projects for Central Financial assistance in the coming financial year. For the year 2012-13, the process of prioritization meetings was started in December 2011 and upto February16th, 2012 meeting with 21 States/UTs were held. While prioritizing the projects, adequate emphasis is given on projects involving construction and upkeep of wayside amenities along highways/roads leading to tourist destinations, cleanliness at tourism sites and development of tourism in backward areas. 2.5% of Ministry’s total plan outlay for 2011-12 has been earmarked for development of tourism in tribal areas. This is an addition to the 10% outlay earmarked for the North-Eastern States. Ministry of Tourism organised an All-India workshop on December 20, 2011 to evolve strategies for launching a Campaign Clean India. Based on the recommendations made in the workshop, the Ministry will shortly launch the Campaign Clean India aimed at creating collective mindsets of hygiene and cleanliness through persuasion, education, sensitization, training, demonstration and regulation. In October 2011, Standing Operating Procedure was laid down giving timeliness for specific activities for classification/reclassification of hotels under different star categories. Further, to increase transparency in classification/reclassification activities, from January 2012 the Ministry has introduced a system for making available the status of pending applications on its website. The outcome of the Visa on Arrival scheme introduced in January 2010 has been encouraging with 12,761 persons having availed of this facility in 2011. The Ministry is making efforts to extend this facility to nationals of more countries. 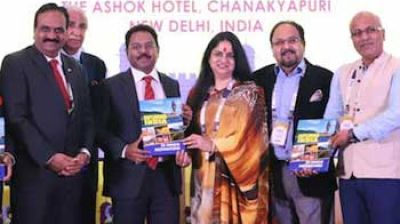