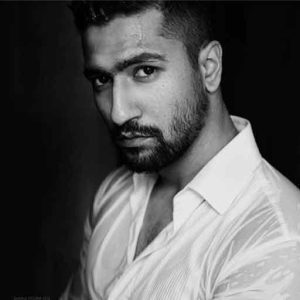 INVC NEWS New Delhi, Hold your heart and catch your breath, as The Times of India announces its coveted list of talent and glamour — The Times 50 Most Desirable Men of 2018. Celebrating talent, personality and desirability, the nominations are not limited to one industry but include men from all walks of life. The much-awaited list is based on the evaluation of an internal jury as well as an online poll that ranks celebrities on their attributes that include talent, personality, charisma, popularity, and appearance.

The list celebrates men who have marked their presence on social media and in the hearts of their fans with their phenomenal work and unmatched popularity. Topping the list this year is Bollywood’s favourite boy-next-door Vicky Kaushal. Making a splash with Uri: The Surgical Strike, Kaushal quickly rose to fame with his exceptional versatility and appealing smile. Kaushal’s sensible persona and calm demeanour along with his fine acting chops make him India’s most desirable man of 2018.

Talking about his reaction after winning the title of The Times Most Desirable Man 2018, Vicky said, “I was shocked to know that I was on the list, and then, to be at the top... that was a huge surprise. I am still coming to terms with it. I can’t figure out what people saw in me and chose me for the top spot. But I thank everyone who voted for me and the internal jury, with all my heart.”

Grabbing the second spot is India/Asia’s first man to win the title of Mister Supranational 2018 - Prathamesh Maulingkar. An avid footballer, Prathamesh’s charisma and achievements in the modelling industry make him one of the most appealing men of last year. With a physique to die for, the model-footballer has succeeded in enchanting women from all over the world. Following him on the third spot is 2017s most desirable man Ranveer Singh. Widely adored and loved for his boundless energy and infectious charm, Singh is a force to reckon with in Bollywood. The actor has persistently raised the acting bar with his power-packed performances in films like Padmaavat and Simmba. What sets him apart from his contemporaries is his overpowering onscreen persona, and off-screen, his quirky fashion sense and interesting social media presence.

South India’s heartthrob Vijay Deverakonda, known for his impressive screen presence, secured the fourth position. Vijay gained his popularity with his charming portrayal of self-destructive Arjun Reddy and romcom Pelli Choopulu. Vijay’s chiselled body, rugged looks with his charismatic smile makes him the new angry young man of India. World’s best batsman and India’s style icon Virat Kohli, took the fifth position in the most desirable list. Known for his passion for fitness, Kohli has dominated cricket across all formats in 2018. His good looks, charisma and achievements make him appealing off-field, too.

Read the full article
Tags: INVC NEWS New Delhi Vicky Kaushal Meet most desirable men who will amaze you with their charisma and sheer elegance 50 Most Desirable Men of 2018 Uri: The Surgical Strike Kaushal quickly

CBI arrests a superintendent of cgst in a bribery case