Home Other Indian State News Many serious topics related to the country were discussed with Nitish Kumar:... 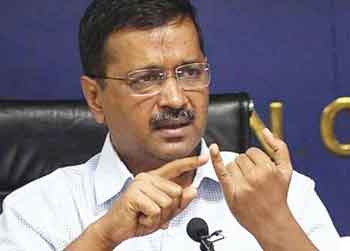 Many serious topics related to the country were discussed with Nitish Kumar: Arvind Kejriwal

Bihar Chief Minister Nitish Kumar met Chief Minister Arvind Kejriwal on Tuesday afternoon during his Delhi visit. The meeting took place at the Delhi Chief Minister’s residence. This meeting lasted for about one hour and 30 minutes and during this time both the leaders also had lunch together.

After this meeting, Kejriwal tweeted and said that many thanks to Nitish ji for visiting my house. Many serious topics related to the country were discussed – education, health, Operation Lotus, openly buying MLAs by these people to bring down the governments elected by the people, increasing autocratic corruption of BJP governments, inflation and unemployment.

Delhi Deputy Chief Minister Manish Sisodia and Janata Dal United (JDU) leader Sanjay Jha were also present during the meeting of the two leaders. Before Kejriwal, Nitish Kumar met Communist Party of India (CPI-M) general secretary Sitaram Yechury and Communist Party of India (CPI) general secretary D. Raja too at his party offices. Nitish Kumar is also scheduled to meet former Haryana Chief Minister and Indian National Lok Dal (INLD) supremo Om Prakash Chautala in the afternoon. The JD(U) leaders are trying to unite all the opposition parties for a united fight against the Bharatiya Janata Party (BJP) in the 2024 elections and their special emphasis is on bringing together parties from socialist background.

Kumar, who broke ties with the BJP last month, had said on Sunday that his only goal was to unite the opposition to oust the BJP from power at the Centre. Kumar’s visit to Delhi comes at a time when speculations are rife that he may be the opposition’s prime ministerial candidate for the elections to be held in 2024. PLC/GT