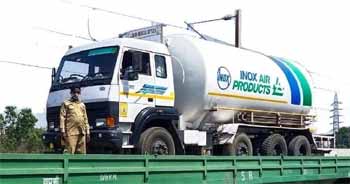 Prof. Harish Hirani, Director, CSIR-CMERI emphasised upon the use of Oxygen Concentrators which has the potential to be the life saver. The proper management of the Liquid Oxygen cylinders and having the alternative strategies of Oxygen Concentrators may help us to fight the pandemic efficiently. Prof. Hirani also said that CSIR-CMERI envisages the need of networking of more and more number of MSE entrepreneurs so that the manufacturing of Oxygen Concentrators can be started at mass scale rapidly to fulfil the demand of Oxygen.  In this regard he cited the example of few of the MSEs who already possess the capabilities in the resources like Compressors, Analysers, Manufacturing capacity etc. which need to be integrated and these entrepreneurs need to come forward for timely starting of the manufacturing process. One of the Government PSU companies has already issued tender for one lakh Oxygen Concentrators for mitigating the Oxygen demand.

The Oxygen Enrichment Unit (OEU) helps in saving of Oxygen in comparison to the Oxygen cylinders. Sometimes very high flow of Oxygen using the cylinders may cause Oxygen Toxicity which may be very fatal to the human being. Proper handling of the OEU, trained technical personals are also needed and CSIR-CMERI can provide assistance in skill development of such technical personnel. CSIR-CMERI has already transferred the technology to four MSEs and the same is also being transferred to two more companies very shortly. Some of them are to start production from 2nd week of May 2021.

Mr. Sanjeev Saxena, Additional Director of Industries, Govt. of Rajasthan, appreciating the efforts of CSIR-CMERI said that both the Central and State Governments are working on the arrangement of supply of Oxygen to the needy persons. At some places Army also is doing their bit for revival of the closed Oxygen plant in their region. The Government has also provided funds to fight the battle. He added that MSMEs can take the benefit of CSIR-CMERI technology in establishing the manufacturing unit to provide supply of Oxygen to the needful and avail the financial help through subsidy as per concerned Government guidelines. Rajasthan Govt. is running a scheme under Rajasthan Nivesh Protsahan Yojana where MSMEs may avail the financial assistance up to 30th September 2021.

Mr. V. K. Sharma, Director, MSME-DI, Jaipur, acknowledged Prof. Hirani for coming forward with details and providing guidance amidst the Oxygen crisis. He said that he also faced some issues in marketing of liquid Oxygen cylinders and suggested that when embedded with solar system it may deliver better results. He assured that the office of MSME-DI, Jaipur is with all the MSME entrepreneurs in their endeavours and the would provide all possible support to these industries.

Dr. Rohit Jain, President, CIDA stated that CSIR-CMERI’s technology can prove to be a milestone for the MSMEs in bridging the demand and supply gap of Oxygen in the current pandemic period. He urged the MSMEs to take the advantage of the technology, which may be turn to be a good opportunity for them.

The programme was very interactive. The entrepreneurs, MSMEs, and start-ups attending it were keenly interested about the CSIR-CMERI developed Concentrator and were eager to know the details of the technology, procedure for transfer of technology, ToT Fee, its cost aspects, capital and finance required to start production, statutory requirement towards testing of the technology, how to start up the fabrication immediately, use of Oxygen Concentrator in cutting and other industries, requirement of Concentrator plant in the post COVIDera, whether Oxygen can be stored through Concentrator, consequences of continuous operation of the device, working capabilities of the device beyond the temperature of 40°C., Director, CSIR-CMERI responded to each of the above queries to the satisfaction of all, which was appreciated by the participants.

Four years rigorous imprisonment to then branch manager of bank... 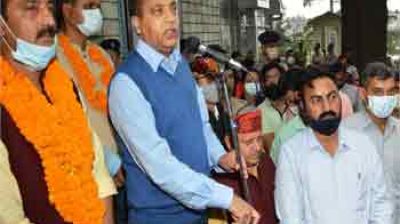 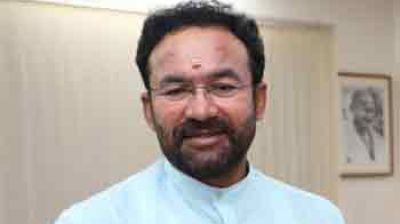