Home Entertainment Art & Artist Mandana Karimi out of lock up 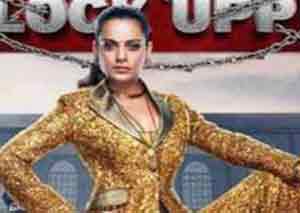 This time actress Mandana Karimi has been evicted from this atrocious show of Kangana Ranaut. This time the names of Payal Rohatgi, Ali Merchant, Munawwar Farooqui, Karanvir Bohra and Mandana Karimi were included in the lock-up chargesheet. All of them had to save themselves by revealing about themselves in the buzzer round task. In such a situation, Ali Merchant won the first round and told about the secret of his second unsuccessful marriage.

Those secrets saved Ali Merchant from lock-up elimination. After this, Munawwar Farooqui made everyone emotional by sharing his secret. Farooqui saved himself from elimination by revealing the secret. On the other hand, Kangana Ranaut, praising Payal Rohatgi’s game, saved her by herself. Apart from this, the actress also saved Karanvir Bohra from elimination after seeing improvement in his game.

Kangana Ranaut is preparing for emergency

I have also seen a phase of struggle in my career: Kangana Ranaut