Total Read - 92        Comments - 9
INVC,, he Minister of Railways, Kumari Mamata Banerjee has deeply condoled the sudden demise of Shri Janeshwar Mishra, former Railway Minister, MP, Rajya Sabha and senior leader of Samajwadi Party who passed away in Allahabad today. In her condolence message, Kumari Mamata Banerjee said that she regards Shri Janeshwar Mishra as a true Socialist who worked against the prevalent social evils and inequalities. She said that Shri Janeshwar Mishra will be remembered for his contribution towards the progress of the society and as an eloquent speaker in Parliament and his stint as Railway Minister. She expressed her condolences to the family members of Shri Mishra in this hour of bereavement. In his condolence message, the Minister of State for Railways, Shri K. H. Muniyappa said that Shri Janeshwar Mishra was a distinguished Parliamentarian and was active in politics till the end. The Minister of State for Railways, Shri E. Ahmed has also condoled the sad demise of Shri Mishra. He said that in his death the country has lost a public leader of standing. A special condolence meeting was also held under the Chairmanship of Chairman, Railway Board, Shri S. S. Khurana at Rail Bhawan, New Delhi to pay the tributes to Shri Janeshwar Mishra.
Read the full article
Tags: Indian railways railway

Win win solutions needed to be there to ensure a...

The use of solar power will accelerate the Railways’ mission...

Closely monitoring the progress made in these projects and generation...

Will remain suspended for the time being 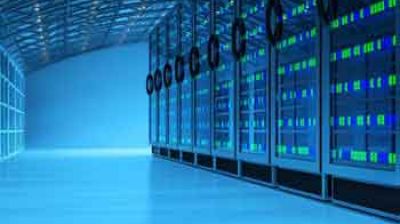 Nice post and very well written. Thanks for this!

I really supposed iâ€™d write-up and let you know your sites is beneficial for disclosed the invaluable top secret.I in reality adore your weblog.Efficiently, the content is in possibility the best on this really worth while subject. I concur together with your findings and will excitedly appear forward to your arriving updates. Precisely saying thanks won't just be enough, for your amazing lucidity in your own writing articles. I will without delay take hold of your rss feed to stay updated of any updates.True do the trick and a good deal good results inside your deliver the results and enterprise opportunities.Automatically retain up the great function.Many thanks.

the pakistan floods are just terrible...i feel sad for all of the people suffering over there...

My cousin recommended this blog and she was totally right keep up the fantastic work!

It's ultimately a awesome posting. An document like this confirms how deeply the concept is recognized by publisher.

Try and try, that is the key to success, giving up shouldnâ€™t be included on our dictionary (i think).

I love following these articles! It really makes the afternoon.

[...] parallel to the Line of Control (LoC) between India and Pakistan, a senior official said Friday.Mamata Banerjee, K.H. Muniyappa & E. Ahmed condoles the sad ...In his condolence message, the Minister of State for Railways, Shri K. H. Muniyappa said that Shri [...]