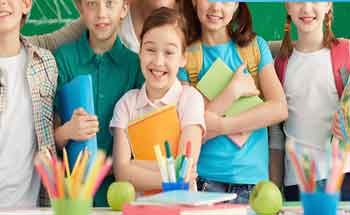 The report titled “Malaysia Private K-12 Education Market Outlook to 2026– Driven by Rising Population and Increasing Affluence along with Shift in Parent Preference Towards Holistic Education”provides a comprehensive analysis of the potential of Private K-12 Education industry in Malaysia. The report covers various aspects including the current private K-12 education scenario in Malaysia, revenue generated by schools, its segmentations viz level of education– (Pre-Primary vs. Primary vs. Secondary), Gender (Male vs. Female), Geographic Distribution of Schools, major trends and development, issues and challenges, government regulations and competition analysis. The report concludes with market projections for future of the industry including forecasted industry size by revenue along with analyst recommendations and key market opportunities.

Private schooling is offered in Malaysia on all levels from nursery schools up to tertiary education. Pre-primary & secondary level that account for close to 75% market share dominate the Malaysian private K-12 education market. The school year in Malaysia is divided into 2 semesters. The first semester begins in early January and ends in late May; the second semester begins in early June and ends in November. Primary schooling is mandatory for all children. Different curriculums including Malaysian National Curriculum, English National Curriculum, International Baccalaureate among others are followed in Malaysian private K-12 education system. Foreign schools-International schools & Expatriate schools are unique as they are not governed by the Education Act 1996 and do not need to conduct the Malaysian National Curriculum. From a production-based to knowledge-based economy, Malaysia has evolved in order to stay relevant and compete in the global marketplace

By Gender: Male Enrolments have always been higher in every level of education when compared to the Female enrolments since population of male exceeds that of female by ~ % in Malaysia.

By Geographic Distribution: Selangor and Johor have the Highest Number of Enrolments & Schools in Private K12 Education because it has the highest population of children ~ under the age of 18 years in Malaysia.

Private K-12 Education Market is highly fragmented with majority of the schools having only 1 branch. Pre-Primary level of education continues to dominate the market in terms of Enrolments and Number of schools. Beacon House, Cempaka International and Fairview International Schools has the highest number of enrolments in 2021.

Players looking to consolidate should not overlook the untapped demand for good quality and affordable private education particularly among the growing middle- to upper-income segment. In order to thrive and capture future growth opportunities, education providers should focus on Innovative classroom and learning enrichment, brand development and partnerships, and business sustainability and value creation.

Malaysia Private K-12 Education Market is expected to generate RM ~ Bn in 2026F owing to rising population and surge in government initiatives for promoting education. Malaysia Private K-12 Education market is expected to grow at a CAGR of ~% due to increasing number of Malaysian families choosing to enrol their children in their local international schools, most enrolling them from early years on, & some joining for secondary education. A sustainable business model and clear strategic positioning are key to competing in a saturated market in the future.