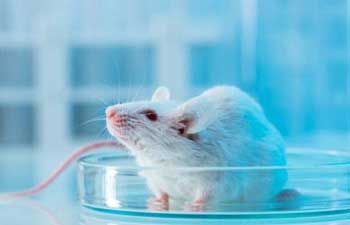 Medical experts, stakeholders from civil societies and industry at the maiden Rabies Awareness Summit, organised by the Integrated Health and Wellbeing (IHW) Council, have called for a united front to bring rabies under notified diseases to eliminate the dog-mediated disease from India and initiate a far-reaching, long-term programme such as the polio eradication drive.

“Rabies is a disease and the health ministry should take it seriously, instead of leaving it to the animal lovers and general people. Eradicating rabies will take a focused, long-term programme like the one we have for polio, so that measures can be monitored and evaluated. Rabies control programme will need to combine vaccination of animals and sterilizing them – animal birth control (ABC) programmes have been effective in cities like Jaipur, but political will is largely missing,” says Smt. Maneka Sanjay Gandhi, Member of Parliament, Lok Sabha & Chairperson, People for Animals.

“Rabies is a zoonotic viral disease, and is responsible for thousands of preventable deaths in our country. While vaccinating dogs is the most cost-effective strategy for preventing rabies in people, use of a rabies vaccine and the administration of rabies immunoglobulin after a dog bit can save human lives. Healthcare centres, particularly in rural and remote areas, either do not have adequate rabies vaccines or immunoglobulins, or trained  staff to administer the complete courses of these treatments. Education and awareness of communities and targeted populations can decrease incidence of human rabies and the financial burden of treating dog bites.,” says Mr.Sanjiv Navangul, Managing Director & CEO, Bharat Serums and Vaccines Limited.

“In some states, rabies is not a priority – availability and affordability are key problems. If the Government of India purchases the biologicals and sends to the states, it can help them prioritize rabies. In our memorandum to the Union health Minister in 2018, we recommended strengthening of National Centre for Disease Control (NCDC) and formulation of new strategy and action plan for National Rabies Control programme (NRCP). Spreading awareness among schoolchildren is also important,” says Dr.Ashwath Narayana, President, Association for Prevention and Control of Rabies in India (APCRI).

“APCRI conducted the first multi-centred national rabies survey in 2003, and the baseline figure of 20,000 found then is not true for today. We need to coordinate and take the One Health approaches that have been successful in controlling rabies in different parts of the world,” says Dr. M K Sudarshan, Founder President and Mentor, APCRI & Rabies in Asia Foundation, and Former Member, WHO Expert Consultations on Rabies.

India is home to 36 per cent of global rabies cases of the world and 40 percent of people bitten are aged 15 or less.Availability and awareness about vaccination are crucial for Indiato attain the World Health Organization’s ‘Zero by 30’ target, which aims to end human rabies deaths by 2030.

“In India, we have at least 1 case of dog bite in every half-an-hour. Dog bites cause almost all the cases of rabies in India. We have read reports of a rise in the number of dog bites from cities like Indore, Ranchi, and Kochi during the lockdown, but many more remain unreported. The fear of dog bite and the resultant series of injections administered on the person still exists though the vaccination regime has changed. This highlights the need for awareness in people, which is why we are organising this summit. We are happy to have Bharat Serums and Vaccines supporting this effort,” says Mr.Kamal Narayan, CEO, IHW Council.

Rarely ever is such linguistic diversity seen in any other country