“I am very excited to have released my debut novel ‘The Lost Faith’ in collaboration with Kalamos Literary Services. Writing a book has been on my bucket list for a long time, and I am happy to have successfully ticked it off my list. A lot of effort has gone into bringing out this book and I hope that readers like it,” said Major Piyush Semwal, speaking on the release of his first ever novel.

Major Piyush also recently concluded his all India book tour which included book signings, meet & greets and book launches across key cities including Pune, Bangalore, Chennai, Chandigarh and his hometown of Dehradun. The book is currently sailing as a best seller in the ‘adventure novel’ category on Amazon and is expected to enter its second print run early next year.

The Lost Faith is a tale, a perfect amalgamation, of adventure, friendship, faith and mysteries. The story encompasses the thrilling journey of two friends to a remote destination, an ancient barren temple of Lord Shiva. The trip goes chaotic when they get entrapped in a wolf dominated expanse and have to survive the terror. The destiny further compels them to travel to another exotic land; the land of a vicious demigod, known to be bestowed with abilities to control wild tuskers. They, along with a team of few benevolent men, hatch an arduous plan to save the gullible natives from the wicked swami.


The story connects with the readers seamlessly and does evoke the fear of unknown. It also gives the audience certain thoughts to ponder upon about religion, human values and courage. The story theme emphasizes on the fact that a long journey, an odyssey, can truly lead a person into creating memoirs worth cherishing for a life time. The novel tagline is also true in an honest sense - protagonists are not born or made; they rise when karma provokes them.

Major Piyush Semwal is also a photographer and a long haul biker who sincerely believes that travelling expands your horizon of thoughts. He loves reading humor, science-fiction and visceral titles.

Blurb of the Book

Protagonists are not born or made; they rise when karma provokes them. Join the thrilling journey of two friends, who go on a documentary-making assignment to a remote destination, a temple in the wilderness. The trip goes chaotic when they get caught amidst a wolf menace. How will they survive the mayhem? As the story unfolds, they come to know the murky past of the region and also meet a mysterious vigilante. Do you want to know the dark past and the strange man? The destiny takes them to another exotic land; the land of a vicious demigod, known to control wild elephants. For saving the community from his evil clutches, they hatch a complex plan. Will they succeed? Read on to know more...
Read the full article
Tags: book review book Serving Army Major Piyush Semwal novel The Lost Faith novel The Lost Faith Major Piyush Semwal 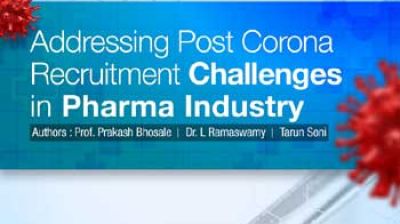 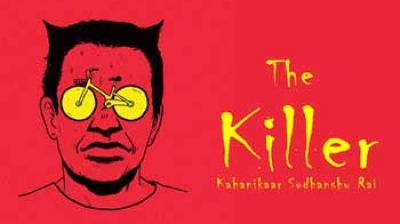 The Ghost Man, a chilling tale of horror and mystery...

Power of Awakening by Anubha Gupta unveiled in National Capital