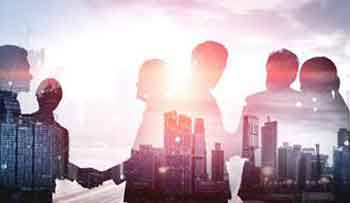 Mad Influence and Hifi Digital family come together to partner with Saregama, to promote the song Dholida from the movie Gangubai Kathiawadi along with Alia Bhatt, Ranveer Singh and a set of famous influencers on Instagram and through a set of value-added influencers on YT shorts. The campaign aimed to promote the song through different influencers across two different platforms and took place from February 12, 2022, to February 21, 2022. This is India’s biggest collaboration done by Gautam and Janak from Mad Influence and Hifi Digital family

The campaign’s official and main tags and hashtags were @aliabhatt, @saregama_official, #Dholida, #GangubaiKathiawadi, and #Aliabhatt. Professional artists and social media influencers like Shakti Mohan, Anushka Sen, Jannat Zubair, Anushka Sen, Rohit Zinjurke, Surabhi Samriddhi, and many more participated and contributed to the campaign. A few of the influencers, like Awez Darbar, Anam Darbar, and Sonal Devrajeven, shot with the actress Alia Bhatt. A total of 71,500,000+ views were obtained till now, with a total of 3,777,000+ likes and 49,000+ comments.

Commenting on the launch, Saregama said, “Influencers today play a vital role, not just because of the number of people that follow them but the value they add to content and art itself. Launching a song like Dholida, featuring Alia Bhatt, was just exceptional. We launched this campaign on two platforms: Instagram and Youtube. We were very impressed and content to see many artists and people coming forward and participating, showcasing their skills and talents. We are also very happy to partner with Mad Influence in this viral journey of Dholida launch, who have helped us lift the campaign. “

Gautam Madhavan, Founder and CEO of Mad Influence, said of this tie up: “We are overjoyed and very happy with this opportunity to be able to contribute to the launch of such a beautiful song as Dholida from the upcoming movie Gangubai. Considering the influence of Sanjay Leela Bhansali’s movies and the popularity of Alia Bhatt herself, we couldn’t be more excited. The numbers themselves show how big of a success the campaign was. “

On this collaboration, Janak Bhanushali, the CEO of Hifi Digital, said, “I am pleased to be part of this journey with Saregama. It was inspiring to see what an impact influencers could create, and we were happy with the turnout of this campaign. Thanks to Saregama for believing in us and giving us this opportunity. I am looking forward to many more launches and future collaborations with them.”