The Vice President of India, Shri M. Hamid Ansari  has said that it is the task of the State, and the duty of society, to ensure that the principle of equity is an essential concomitant of its pursuit of welfare for citizens without regard to religion, race, caste, sex or place of birth. Much has been achieved, much remains to be done. Addressing at the “19th Convocation of North-Eastern Hill University, Shillong(Meghalaya)today, he has said that one significant ingredient of the latter, relating to almost half of our population, is gender equality.

Shri Ansari  has expressed  his concern that the sex ratio in the age group 0-6 years continues to decline since 1961 and stands at 914 in Census 2011. Among our own States, the only silver lining is provided by Mizoram and Meghalaya having child sex ratio in this age group at 971 and 970 respectively.

Referring to the  World Development Report 2012 released by the World Bank ten days ago, the Vice President has said that the report  argues that gender equality is a critical determinant of development outcomes and makes for smart economics.  Besides calling for action in addressing human capital issues, closing earning and productivity gaps between women and men, and giving women greater voice within households and societies, the Report for the first time seeks limiting the perpetuation of gender inequality across generations. This is an important aspect so that inequity, marginalization, discrimination and stereotyping are not transmitted across generational cycles.

The Vice President referred to a  recent project by IIM Bangalore based on a large-scale household survey in Karnataka state on women’s access to and ownership of assets  which has revealed that apart from some jewellery, women hold little or no assets. There exist huge gender inequalities for key productive assets such as land or residence, ownership of business or vehicles, and even communication tools such as mobile phones. Women owners were less than half or at times less than a third of the number of male owners of assets, and their assets were of lower value, poorer quality and were less productive. Even in a metro such as Bangalore, less than a quarter of women had cell phones compared to around half of the men surveyed, whereas only 12 per cent of women owned vehicles as compared to over 50 per cent of men.

He has said  that even more startling was the fact that for asset acquisition, natal inheritance overwhelmingly benefits men and discriminates against women, with over 50 per cent of the men reporting asset acquisition through their natal homes as compared to around 15 per cent of the women. The vast majority of assets owned by women, of over 70 per cent, were either self-acquired, or obtained through marital or spousal inheritance.

Shri Ansari has opined that  the picture of discrimination and deprivation that emerges is disturbingly stark. It took us over four decades after Independence to allow women citizens to pass on their nationality to their children without reference to their spouse and over five decades to receive explicit statutory protection from domestic violence. To this day, a woman citizen`s ability to unambiguously transmit her caste, tribal or domicile status to her offspring along with attendant benefits is ambiguous, and subject to a case-by-case determination based on the personal laws applicable to her community and specific laws applicable to her region. The conclusion is inescapable that while all citizens are equal, women citizens are clearly less equal than men and, as Justice Krishna Iyer once put it, ‘the laws themselves are lawless where women versus men are involved’. 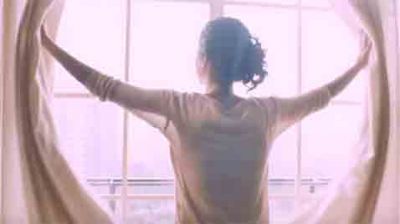 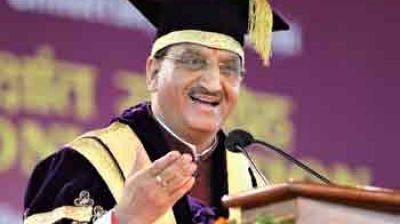 University of Delhi can further contribute to nation-building by advancing...