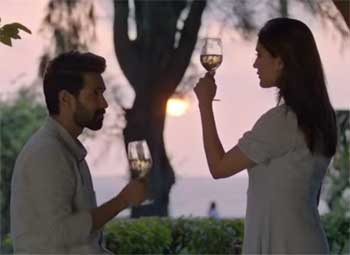 Robber brides : Do not know how many houses have been ruined so far in the magic of robber brides, the police has just arrested another such robber bride.

These days in Jalore district of Rajasthan, one after the other cases of robbed brides are coming to the fore. This case is of Ramsin police station area of ​​Jalore district, where a robbed bride has been caught by the police. This bride had absconded from the victim groom with jewelry worth about 7 lakh rupees, 10 tola gold, 30 tola silver (about 7 lakhs).

The fake bride Ritu alias Aarti Jat has been arrested after giving a report to the police. She is 24 years old. Another of his accomplices has also been arrested and interrogated.

It is worth mentioning that in Dhansa of Ramsin police station area, two accused have been arrested for grabbing money by doing fake marriage. According to SP Harshvardhan Agarwala, after a thorough investigation by the police team formed under the leadership of Ramseen SHO Awadhesh Sandu, the fake bride Ritu alias Neha alias Aarti Jat, a member of the gang who grabbed money and jewelry by performing a fake marriage, was arrested.

The fake bride’s father Bharat Patel has also been arrested by the police. Now the search is on for other members of the gang. According to the police, Haviya Kanwar wife Hem Singh Rajput, resident Dhansa, Thana Ramsin had submitted a report on 6 April 2022 that two months ago the accused Harisingh son Balwant Singh Rajput resident Dhansa and along with him Bharat Singh, Narendra Singh and Narendra Singh’s wife came together and his son Decided to get Deep Singh married to his daughter.

In the name of getting Deep Singh married, the accused have cheated by getting married to a fake girl by grabbing Rs 7 lakh in cash, about 10 tola of gold ornaments and about 30 tola of silver ornaments.

If you become alert in time, you can avoid returning,  It is very difficult to escape the illusion of robber brides, in such a situation, only police can help you. PLC/GT