Home Politics BJP Phulpur seat ethnic equation – This is the reason why Nitish is... 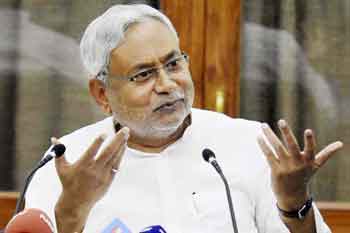 Lalan Singh said that he has offers to contest from many seats in UP. He said that the party workers of Phulpur and Mirzapur also want Nitish to submit his claim from there. Now it is on the wish of the CM from where he will contest. Let us tell you that Phulpur is considered to be a very high profile seat of Uttar Pradesh.

From here, India’s first Prime Minister Jawaharlal Nehru was elected MP three times. Apart from this, many other big names have also contested from this seat. At present, BJP MP Keshari Devi Patel is the MP from here.

If Nitish contests from this seat, he will also get the benefit of caste equation. Out of the total 18 lakh voters in Phulpur seat, 17 per cent voters belong to Patel (Kurmi) community. If SP supports him, he can also get support of Yadav and Muslim voters.

There have been indications of Nitish contesting the next Lok Sabha elections from either Phulpur or Mirzapur seat of Prayagraj. The words of JDU National President Lalan Singh have also given fuel to this political speculation.

Along with this, it has also become clear that even though Nitish declares himself out of the race for the post of PM, but his preparations are going on inside. Significantly, Bihar Chief Minister Nitish Kumar is in active mode regarding his mission 2024.

Since leaving the BJP in Bihar, he has met many big leaders of the opposition in Delhi. On the other hand, JDU’s national president Lalan Singh said something which has created a stir in the political circles. Although Lalan Singh did not explicitly say that Nitish would contest the election, but he did not deny it either. PLC/GT