Leather industry is one of the pioneer village industries 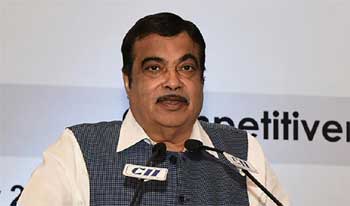 INVC NEWS
New Delhi,
It was dream come true for leather artisans hailing from Delhi and neighbouring areas, when the Union Minister of Micro, Small and Medium Enterprises (MSME) Shri Nitin Gadkari called them as Charm-Chikitsak (Leather Doctors) and distributed advanced Leather Tool Kits among nearly 150 Leather Artisans at a function held under the aegis of Khadi and Village Industries Commission (KVIC) today in New Delhi.

Speaking on the occasion held under 150th Birth Anniversary Celebration Year of Mahatma Gandhi, the minister said that leather industry is one of the pioneer village industries and leather craft had immense potential of job creation, especially in the rural areas. He said that KVIC has manifested the idea of ‘Antyodaya’ and ‘Swablamban’ (self-reliance). The idea behind it is to support the leather artisans with a micro financial assistance so that they may start producing the leather products according to need of the market. They will now be known as ‘Charm Chikitsak (Leather Doctors), he said and informed that the KVIC had so far established 419 units within last 3 years under the Prime Minister’s Employment Generation Programme (PMEGP).

Shri Gadkari said that social and economic equality in society will not come from speeches only but with real action. Distribution of Tool Kit to leather artisans in such an action. It is real dedication to Mahatma Gandhi’s spirit. We are working regularly for economically and socially backward sectors. Now Kulhads will be used for tea at 400 Railway Station which will give employment to Kumhars. He also appealed the leather artisans to improve the quality of their produce and assured that government will give all financial assistance to them in this connection.

Appreciating KVIC’s efforts in uplifting the marginalized community, Shri Gadkari added that in the coming days, leather art and craft industry will be one of the significant village industry under KVIC and the lost glory in this sector will be returned back again MSME has extended an additional support of Rs 25 crores for overall development of leather art and craft industry.

KVIC Chairman Shri Vinai Kumar Saxena, in his welcome address, said that believing in Mahatma Gandhi’s principle of self-reliance and Prime Minister Shri Narendra Modi’s mantra of inclusive growth, KVIC is committed to ensure the development of last man left in the society. With these programmes, we can bring changes in the lives of marginalized people. It will not only increase the income of charm-chikitsak in manifold, but will also give them social security and acceptance he said and informed that in the current financial year, KVIC would distribute another 70,000 Leather Tool Kits among the trained leather-doctors.