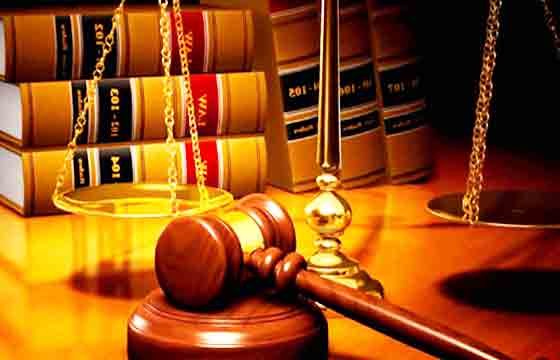 In India, we do believe that once you are a science graduate you can pursue any career that you dream of and you’d get a highly paid job, irrespective of whether you are an engineer or doctor. This may not hold its ground in the present scenario.  The truth is that at the beginning of this century, there was a great boom in the tech industry and it was a great time to pursue engineering. But, it might not reap you the same benefits as other new age career options available to us

But, if we look at the opportunities a law graduate gets, while pursuing law and even after graduation, they outweigh any other career option. If we talk about options while pursuing law, a law student is exposed to public speaking starting from their 1st semester of law school. One is supposed to give presentations in front of their classmates and teachers, for which students are awarded marks. They are supposed to do empirical and non empirical research in every semester. Students in the first year are exposed to moot courts, where the students get great exposure of arguing in front of a judge, know how do the courts function and learn court mannerisms. There are National and International Moot Court Competitions where students represent their Law School.

Apart from this, students write research papers and present them at various law schools in the country and abroad as well. So, there are endless opportunities to go abroad for various academic and non academic purposes which include Moots, Debate Competitions, Cultural and Sporting events.

Once you graduate, you have endless options at your disposal. For instance, you can choose to join a law firm and be the real life Harvey Specter and Mike Ross or you can choose judiciary as your career and appear for Judiciary exams and enjoy exclusive government perks. If you’re looking for international opportunities, then as a law graduate you could be a part of any of the following international bodies: WIPO, Red Cross, WHO, UN, UNICEF among others.

If you want to play a part in saving and conserving environment or protect natural habitat of wild animals, you could do wonders to the cause if you are a law graduate. A prime example for this is Advocate MC Mehta, one of the stalwarts of Environmental Law who dedicated his entire life for the protection of environment and hence, to this day he remains one of the most sought after environment lawyers in the country. He has been part of numerous landmark judgments which have helped shape environmental law in our country.

Then of course, is the age old practice of going to the court and practicing as an advocate in the court. So, the opportunities are endless and one can explore which is the correct and most suited to them while in law school. To help you decide your perfectly suited career option, law school gives you an opportunity to complete more than 10 internships while you are there in the law school. One can intern at various law firms, corporate houses, high court and supreme court lawyers, national and international bodies, judges of high courts and supreme court among others.

Also, it was wrongly believed that if you want to pursue law, one must either be from humanities or commerce background. But, if you look at CLAT, which is the most sought after exam for a law aspirant, it is a stream neutral exam. The intent of this exam is to test your problem solving ability in a stipulated time limit. And this is further proved if we look at the examples from top Law schools in the country where a major chunk  of students come from science background, i.e. students who had Physics, Chemistry, Mathematics and / or Biology in their 11th and 12th standard.  And the reason for this is pretty clear.

No previous knowledge accumulated after your grade 10 comes to your aid here as CLAT comprise of 5 sections whose difficulty level and the syllabus is that of a class 10th student.. For this reason, CLAT is open for students across streams and you’ll find hundreds of Science students crack CLAT each year.

Students from science background get an edge over other streams because of their inculcated habit of solving time based problems in subjects like Physics, Chemistry and Mathematics. Also, aspirants with science background are in a habit of sitting for long hours and studying, which comes very handy in CLAT preparation.

As CLAT is a 2 hour exam with 200 questions to attempt, it is of paramount importance that the test taker sits for those 2 hours with complete mental alertness. This practice can be easily honed by a science student because he is used to solving aptitude based problems for long duration and just has to replicate that practice / habit in CLAT.

We cannot allow nuclear security to be jeopardized in Ukraine and beyond: United Nations