INVC NEWS New Delhi, The law Commission of India today submitted its Report No. 255 on “Electoral Reforms” to the Union Law and Justice Ministry. Informing this to the Media persons here in New Delhi Justice Shri A. P. Shah, Chairman Law Commission of India said the  201 page report has come after due consideration and deliberations with the stake holders including of register national and state political party and extensive and in-depth analysis of various issues by the commission. He said this report is sequel of the request of Ministry of Law and Justice made in January 2013 to the Twentieth Law Commission of India to consider the issue of ‘Electoral Reforms’ in its entirety and suggest comprehensive measures for changes in the law. While working on the subject, the Supreme Court of India, in the matter of ‘Public Interest Foundation & Others V. Union of India & Anr- Writ Petition (Civil) No. 536 of 2011, directed the Law Commission of India to make its suggestions on two specific issues, viz., (i) ‘curbing criminalization of politics and needed law reforms’; and (ii) ‘impact and consequences of candidates filing false affidavits and needed law reforms to check such practice’. In the light of this judgment, the Commission worked specifically on these two areas and, after series of discussions, followed by a National Consultation held on 1st February 2014, submitted its 244th Report titled ‘Electoral Disqualification’  on 24th February 2014 to the Government of India. Justice Shah further said that after the submission of Report No. 244, the commission circulated another questionnaire to all registered national and state political parties seeking their views on ten points, the response received was not very encouraging, though. However, the Commission undertook an extensive study to suggest electoral reforms, held various rounds of discussions with the stakeholders and analysed in-depth the issues involved. After detailed deliberations, the Commission has come up with its recommendations which are put in the form its final Repot, Repot No.255, titled ‘Electoral Reforms’, which been submitted for  for consideration by the Government. 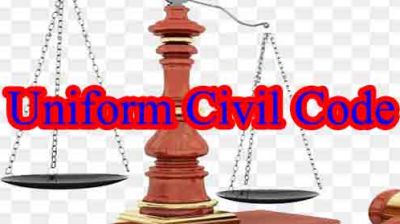 fair investigation is a part of Fundamental Rights : Law...

Law Commission of India Submits its Report no. 261 on...

Law Commission of India Submits Report on Guardianship and Custody...