Home Latest news Large number of youths belonging to minority communities are being selected in... 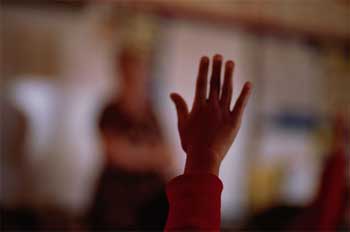 Union Minister for Minority Affairs Shri Mukhtar Abbas Naqvi inaugurated Anjuman-I-Islam’s UPSC Academy (AIUPSC), a Residential Coaching Programme for Civil Services and other Govt. Examinations, in Mumbai today. Meant specially for students and candidates belonging to the Muslim community, the programme has been motivated by the success stories of Muslim students hailing from disadvantaged sections of the society. The programme has been set up by the management of Anjuman-I-Islam and is funded by Central Waqf Commission, Ministry of Minority Affairs, Government of India.

The AIUPSC Residential Coaching Centre has been set up at Anjuman-I-Islam’s Kalsekar Technical Campus, New Panvel, Mumbai. The vision of the coaching centre is to evolve into offering a comprehensive set of programmes, keeping in view emerging trends of other coaching centres established by Haj House, Jamia Millia, AMU and other professional coaching centres across the country. Union Minority Affairs Shri Naqvi also felicitated the academic toppers and faculty achievers of the institute.

Addressing the inauguration event, the Union Minority Affairs Minister said that a large number of youths belonging to minority communities are being selected in civil services and are emerging victorious in other competitive exams because of the “Backup to Brilliance” policy of the Ministry. “The percentage of minority communities in central government jobs was below 5 percent before 2014, it has now gone up to more than 10 percent”, he added, noting that the policy has shown results at the ground level.

The Minister said that Pradhan Mantri Virasat Ka Samvardhan (PM VIKAS) scheme, which is getting implemented beginning today, will prove to be a milestone towards socio-economic and educational empowerment of the needy, providing them with employment-oriented skill development.

Shri Naqvi said that the Government has provided skill development training and employment opportunities to around 21.5 lakh people from the minority community, through various skill development and employment-oriented programmes such as “Hunar Haat”, “Seekho aur Kamao”, “Nai Manzil”, “Nai Roushni”, “Ustad” and “Garib Nawaz Self-Employment Scheme” in the last 8 years. This is in contrast to only 20,000 people from Minority communities getting such opportunities before 2014, he observed.

The Minister informed that while only 3 crore minority community students had been provided scholarships before 2014, the Minority Affairs Ministry has provided scholarships to 5.2 crore minority community students in the last 8 years. He explained how this has helped bring down school dropout rate among Muslim girls. “The school drop-out rate among Muslim girls, which was earlier more than 70 per cent, has now reduced to less than 30 per cent. And we aim to bring it down to 0%.”

Speaking about development works under “Pradhanmantri Jan Vikas Karykram”, the Minister said that the government has expanded this across the country, which was earlier confined to 90 districts with high concentration of minority communities.

Shri Naqvi said that the Minority Affairs Ministry has sanctioned Rs. 200 crores for a Unani Medicine College in Bareily and Rs. 300 crores for three campuses of Aligarh Muslim University. He added: “We have started formal education in Madrassas and Madrassa teachers are being trained at various prestigious institutions of the country. These projects have benefitted not just minorities, but other needy sections as well.”

The Minister said that 100 per cent digital/online Haj process, removal of restriction on Muslim women performing Haj with Mehram only, affordable Haj pilgrimage even after removal of Haj subsidy, Digitization, GIS/GPS mapping of Waqf properties and development projects on Waqf properties are other significant reforms which has been undertaken by the government. The Minister added that it is the Prime Minister’s commitment to development with dignity which has inclusive empowerment of all sections of the society.

A total of 1,141 students had applied for the process of selection to the Anjuman-I-Islam’s UPSC Academy. Out of 760 students who appeared for the exam, the first 50 students based on inter-se-merit were selected in the first list. Module-wise coaching sessions started in online mode from 12 July, 2021. After release of COVID-19 restrictions, based on the consent from parents and candidates, they were invited for residential coaching from January 2022. Both residential as well as online coaching and prelims test series are in progress.