Ladakh will be fully organic territory by 2025

He was speaking during the first Mini Conclave - the first official public interaction for the forthcoming Jammu & Kashmir Investment Summit in Ladakh jointly organised by Jammu Kashmir Trade Promotion Organisation (JKTPO), a J&K Government Undertaking in association with Confederation of Indian Industry (CII). The conclave brought together different stakeholders of the industry, government officials and elected representatives to chalk out avenues for the development of the newly carved Union Territory.

Mr Navin Kumar Choudhary, Principal Secretary, Industries & Commerce, Government of J&K, was the Guest of Honour for the conclave. He expressed that Ladakh will be an integral part of the forthcoming Global J&K Investors Summit. He also mentioned that the summit would help in exploring the untapped potential of the region and will also help in bringing investors across the globe for harnessing the abundant resources available in Ladakh.

Mr Stanzin Chosphel, Member, CII Ladakh Zonal Council and Managing Director, Mountain Trails stated that Ladakh is quite unexplored and the region offers a plethora of business opportunities not only to other Indian states but to the entire world.

Provided opportunity to showcase the potential

SEPC actively contributed to the formulation of policies 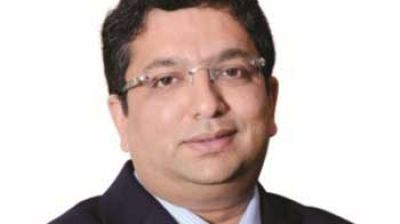 Service sector will contribute USD 3 trillion out of the...