New Delhi, The report title “Kuwait Warehousing Market Outlook to 2022 - By Business Model (Industrial Freight/ Retail, Container Freight, Cold Storage, Agricultural Warehousing) by End Users (Food and Beverages, Chemicals, Electronics, Pharmaceuticals, E-Commerce, Consumer Durables and Others)” provides a comprehensive analysis of the Warehousing market in Kuwait. The report covers various aspects such as overall size for Warehousing in Kuwait, Kuwait warehousing market segmentation by business model (industrial freight/retail, container freight, cold storage, agriculture and others); by end users (food and beverages, chemicals, electronics, pharmaceuticals, e-commerce, consumer durables and others). The report also covers value chain analysis for warehousing market, comparative analysis of Kuwait warehousing market. The report also covers the competitive landscape of the industry and comprehensive profile of leading and emerging players operating in the market. The report includes future outlook and projections of Kuwait warehousing market. Major macroeconomic indicators and upcoming projects affecting the market have also been highlighted in the report. The report also provides analyst recommendations highlighting the major opportunities and cautions for Kuwait warehousing market. Warehousing Market Size Kuwait warehousing market in terms of revenue and capacity grew at a positive CAGR during the period 2012-2017. The warehousing market in Kuwait witnessed decline in the growth rate in 2015 due to closing down of the free trade zones (FTZs). FTZ’s allowed import duty free goods and tax free income of foreign corporate which attracted majority of the warehouses to establish in that region. However, with the closing down of FTZs, decline in imports and exports activity has been observed during the respective year. Warehousing market has inclined over the years with the increase in the demand for fresh fruits and vegetables and frozen food. The surge in FMCG sector has also impacted the market in a positive manner. Kuwait Warehousing Market Segmentation By Business Model: Industrial freight/retail dominated warehousing market in 2017 in Kuwait due to rise in the industrial and retail sectors in the country. The retail sector has grown at a positive double digit CAGR in the last five years. Container freight followed the industrial/ retail freight as the use of containers in export shipments makes the transport and goods handling easier and faster. Cold storage warehousing has inclined over the years with the rising requirement of temperature controlled products majorly (pharmaceuticals, sea food and frozen foods). Agriculture and others attributed least share in warehousing. By End User: Food and Beverage industry dominated the end user segment in Kuwait warehousing industry. In Kuwait, food and beverage industry major company operating is Kuwait Food Company. The domestic production capacity of the country is not enough to cater for growing demand for fruits and vegetables in the country as the country has a very small portion as arable land out of the total area. The soil in Kuwait is low in nutrient and organic content and has poor moisture retaining capabilities. Hence, the production is low. The rising demand for fresh fruits and vegetables in the country has led to high requirement of warehousing market. There has been an increase in demand for warehousing by Electronics and Chemical industry with the growth of online retail market in the country. Majority of the demand has been driven due to international companies operating in the country with asset light model. Comparative Landscape in Kuwait Warehousing Market The warehousing companies in Kuwait observed to compete with each other on the basis of the size and location of the warehouse. The location of the warehouse has to be appropriate to the needs of the customer which reduces extra cost of transportation and increases time efficiency. Other important factors which influence the choice of warehouse are technologies/automation used in the warehouses; value added services, GDP-certified temperature and humidity-controlled environment and others. Kuwait Warehousing Market Future Outlook and Projections Kuwait warehousing market is expected to positively incline in future due to rise in trade and demand from e-commerce sector. The increase in the demand for fresh fruits and vegetables will positively incline the warehousing market. Kuwait government has planned to invest across strategic sectors under Kuwait Development Plan (KDP) 2015-2020. The companies will focus towards technologies such as RFID, automatic retrieval system, robotics, drones and others in future which will further boost the demand for warehousing services within Kuwait.
Read the full article
Tags: Warehousing Market Size 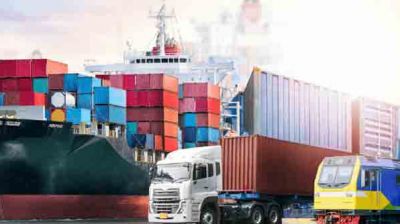