Home Health Know why the West Midlands, one of the beautiful cities of Britain,... 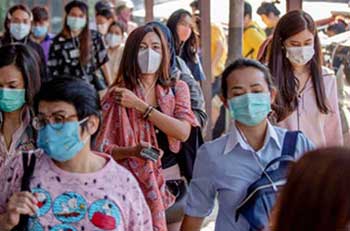 People have started vomiting because of this smell. It is getting difficult for people to live. They are leaving the house only when necessary. According to a report, such a problem is happening in the West Midlands (Birmingham) of Britain. Local residents say that this problem has persisted for the last 9 months. We are most troubled by this reason. Most of the difficulties are coming in front of the children. He vomits repeatedly. A person living here told that due to the smell, the problem of itching has started in his body.

Another person told that we are not able to open our window even if we want to. The smell starts from morning itself. People say that when this matter came to the fore for the first time, we felt that some gas leaked from somewhere, but no leakage was found anywhere. Now this problem is increasing day by day. Another person living in the same city says that one is very hot in this city, because of the smell from above, you cannot even open the window of your house. Children are the biggest problem.
After all, what is the reason for this smell and our team is working to give a clean environment to the people. Efforts are also being made to find out from where this kind of problem has come. This work is being done by the environmental agency and the local road construction company.

A spokesman for the Environment Agency says that our team is aware of the stench spread in Keeley Bros. Some work has been done to eliminate it, while work is going on on some. However, in April this year, the Environment Agency had written a letter to the local people, asking the site operator to make arrangements to remove the stench, as well as to remove the accumulated water from the wash plant area. So that there is minimum smell. PLC/GT