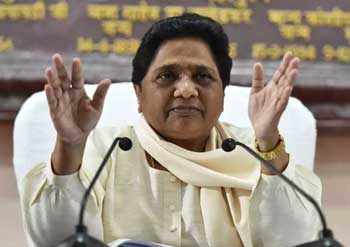 Know why Mayawati has woken up from deep political sleep ,Mayawati’s party has also become active amid the discord in Rajasthan Congress. Bahujan Samaj Party’s national convener Akash Anand held a meeting with the party’s state unit on Monday to strengthen the organization in view of the 2023 assembly elections in Rajasthan.

BSP said in a statement that in the meeting, Anand divided the states into two zones. There are 16 districts in the first zone and 17 districts in the second. It said that on the instructions of party president Mayawati, Rajya Sabha member Ramji Gautam and state unit chief Bhagwan Singh Baba would be entrusted with the responsibility of the first zone.

BSP leaders Ashok Siddharth, Suresh Arya and Sitaram Meghwal will be given the responsibility of the second zone. Anand also announced the return of 12 people expelled from the BSP for indiscipline.

Aakash Anand said before the meeting on Twitter, Rajasthan assembly elections are not just elections for our society but a fight for ‘Mann, Samman and Swabhiman’.

After the meeting, he tweeted, “Today in the meeting of BSP Rajasthan state, it was decided that in the coming 2023, BSP has to form the government in Rajasthan by making balance of power. The assurance received from all the district in-charges and district heads has raised the hope that this time Rajasthan will get good results. PLC/GT