Home Business Know which popular car is preparing to launch its new version this... 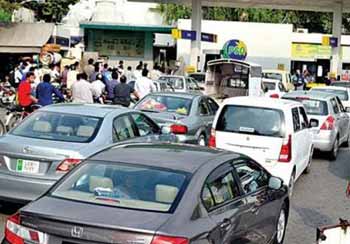 Maruti Suzuki is preparing to launch a new version of the most popular car Alto. Before its launch, government rules are coming as an obstacle in front of the company. Actually, the government has made the rule of 6 airbags mandatory for the safety of people in all cars. The 6 airbags rule in an entry level car is causing trouble. Not only the Alto, other entry-level models like the S-Presso and the Renault Kwid are also facing this problem. Maruti Suzuki Chairman RC Bhargava has expressed concern over the future of small cars in India due to the new law. He said that research is still going on on where and how the six airbags will fit in small cars. The entry-level hatchbag has not been designed for 6 airbags.

He said that only by installing four airbags, the prices of the cars will increase significantly. And this increased price will definitely have an adverse effect on the sales of the cars. The rule of airbags in vehicles started from the year 2019. At that time airbags were made mandatory only in the driver’s seat. After this, airbags were made mandatory for the passenger seat along with the driver. This requirement came into force in January this year. Now the government has made 6 airbags mandatory. RC Bhargava said that Maruti Suzuki is working on including four airbags in its entry-level vehicle. Installing 4 airbags can increase vehicle prices by up to Rs 60,000. He added that an increase of up to Rs 60,000 in the prices of any entry-level vehicle would be a huge increase. With this, those who are planning to buy an entry level car can change their mind. He indicated that Maruti Suzuki may discontinue some models due to the increase in prices.

At present, adding two airbags is costing up to Rs 30,000. However, the requirement of 6 airbags is for those vehicles which can accommodate 8 passengers. This rule is going to come into effect from October this year. The Ministry of Highways and Road Transport has said that in order to promote the safety of passengers, it has been decided to enhance the safety features by amending the Central Motor Vehicles Rules (CMVR), 1989. According to the draft notification issued by the ministry, 6 airbags have been decided for M1 class vehicles. Cars with 5-8 seats are included in this category. PLC/GT

Jurassic World Dominion is a huge hit amongst fans, becomes the number one movie in India