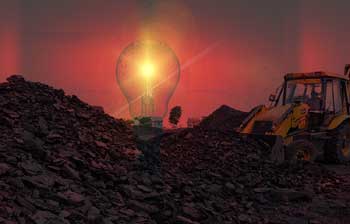 Coal is the main stay of Indian Energy system and about 80 % of coal production is supplied to power sector and the rest goes to other industrial uses .With “Make In India’ initiatives and higher growth projection of the economy, the demand for coal for both power sectors and other industrial uses has been growing. In order to meet the demand of coal, the Government has planned to increase coal production by 7-8 % per year to reach 1.3 Billion Tonne by 2024-25.

The details of Coal production State-wise during last five years are given below:-

The Government has taken several steps to ramp up domestic coal production. 100% Foreign Direct Investment is allowed for commercial mining. An Inter-Ministerial Committee has also been constituted in 2020 for the purpose of coal import substitution. Except allowing for very essential import like coking coal and other higher grade coal which are presently non-substitutable, effort are being taken to substitute import of lower grade coal by increasing domestic production. Some of the Major initiatives taken to increase domestic production of coal are as follows:

Ministry of Coal is closely monitoring issues related to production, transportation and quality of domestic coal