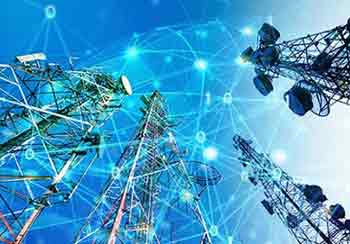 As per latest “The Indian Telecom Services Performance Indicators” reports released by Telecom Regulatory Authority of India (TRAI) dated 10th January, 2022, internet subscribers in rural and urban areas of the country are 336.60 million and 497.69 million respectively at the end of September, 2021.

Following steps have been taken by the Government for enhancing digital outreach in the country:

National Broadband Mission (NBM) was launched on 17th December 2019 with a vision to fast-track growth of digital communications infrastructure, bridge the digital divide, facilitate digital empowerment and inclusion, and provide affordable and universal access of broadband for all.

To enhance proliferation of broadband services through public Wifi, Prime Minister Wireless Access Network Interface (PM-WANI) framework has been introduced.  The PM-WANI framework enables provision of broadband through a distributed architecture and unbundling of functions. Under this framework entities are neither required to take any license nor pay any fee to the Government. The details of the same are available at website pmwani.gov.in

Licensed Service providers provide broadband services in urban and rural areas of the country as per their business plans. However, for expansion of broadband services in rural and remote areas of the country, there are various Government schemes with the support from Universal Service Obligation Fund (USOF) under which total fund earmarked/disbursed for last 5 years and current year till February, 2022 is about 31529 Cr.

In addition to BharatNet project in Rajasthan, the Government has following schemes under USOF for enhancing internet/broadband in the state:

This information was given by the Minister of State for Communications, Shri Devusinh Chauhan

Multi-billion-dollar, comprehensive plan made to ensure optical fibre and mobile communications in all 6 lakh villages by 2025

The scope of BharatNet project and the Rural Fibre Network

This is the base rate of 5G spectrum in India

This is what the Government of India has to say on 4G, 5G and E-band spectrum