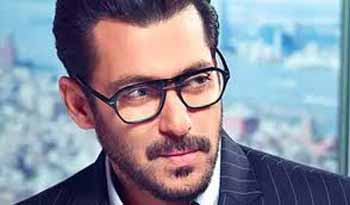 Salman Khan has received death threats on Sunday itself. As soon as the matter caught pace, the Mumbai Police has increased the security of Dabang Khan. According to the information coming out, this decision has been taken by the Maharashtra Home Ministry. Let us inform that on Sunday, Salman Khan’s father received a threatening letter.

In this letter, it was clearly threatened to kill Salim Khan and Salman Khan. The letter also mentions Sidhu Moosewala, a well-known singer from Punjab. It is written in it that like him, Salman Khan will also be put to death. As soon as the letter surfaced, the Maharashtra Home Ministry gave its decision and within a short time the Mumbai Police reached Salman Khan’s house.

In fact, on Sunday, as usual, Salim Khan went out for a walk. Usually the bench on which he sits. There he received this threatening letter. It was written in the letter that he and his son Salman Khan will be killed like Moosewala.

Salman Khan was in Dubai when he received the letter. IIFA 2022 was organized here and all the Bollywood celebs including Salman have become a part of this award show. Without delay, Salim Khan lodged a complaint with the police station located in Bandra area of ​​Mumbai. An FIR was immediately registered by the police against the unknown person. PLC / GT

Salman Khan is busy preparing for his upcoming film Tiger 3