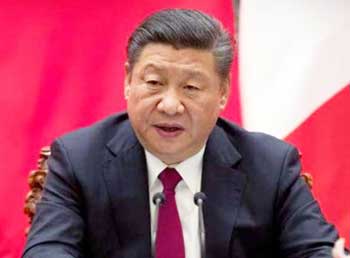 The government of Sri Lanka, which is going through economic crisis, is showing glare against India, which has given billions of dollars in financial aid. Sri Lanka’s Ranil Wickremesinghe government has approved the first Chinese-made Pakistan’s deadliest warship PNS Taimur to anchor and conduct military exercises. After this, rejecting India’s opposition, China’s powerful spy ship Yuan Wang 5 was again allowed to stay at its Hambantota port. Analysts say that behind this is the great greed of China and the old favor of Pakistan, which Sri Lanka is not able to leave.

The Sri Lankan government has allowed China’s spy ship Yuan Wang 5 to stop at the country’s Hambantota port next week. This Hambantota port is under the control of China and India and Western analysts believe that China can use it as a naval base in the future. India and America had strongly opposed the stopping of this spy ship of China in Sri Lanka.

After this, the Foreign Ministry of Sri Lanka requested China to postpone its visit. After this, the Chinese government put pressure on Sri Lankan President Ranil Wickremesinghe. The Sri Lankan government succumbed to China amid several days of diplomatic tussle. In fact, China has given a loan of billions of dollars to the poor Sri Lanka. The previous Gotabaya government has also been accused of corruption from debt to Sri Lanka. China itself invested billions of dollars in Hambantota, the most important for the Rajapaksa family, and later took the entire port for 99 years by getting into a debt trap.

According to a report, China has lured Sri Lanka to restructure its infrastructure loan given to Colombo. It is necessary for Sri Lanka to restructure this debt because it has to take a bailout package from the International Monetary Fund. For a loan from the IMF, it is necessary that China should restructure its debt. Sri Lanka would not have been able to get the bailout package from the IMF if China had blocked it. Not only this, China had reacted very strongly to Sri Lanka’s request to postpone the visit of the ship. It is believed that Sri Lanka has taken this decision in view of this fear and threat of dragon.

Sri Lanka has taken steps against India to please China’s friend Pakistan. After the loss of Bangladesh, Sri Lanka has not only given shelter to the most modern warship of the Pakistani Navy, PNS Taimur, but is going to conduct military exercises with her. The warship of the Pakistan Navy is built in China and is its deadliest warship. Pakistan has bought this warship from China and wanted to go to Bangladesh to show power, but the government of Bangladesh did not allow it. The warship is equipped with laser guided missiles and several sensors. PLC/GT