Home Religion & Society Lifestyle Know about the last time of human and the importance of Tulsi... 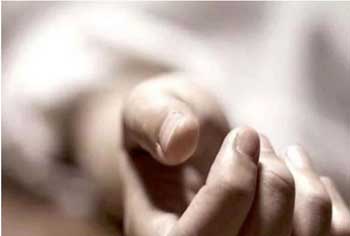 The union of Gangajal and Tulsi is considered very sacred in Hinduism. While Ganga is related to Shiva, Tulsi Srihir is related to Vishnu. The water of the Ganges is considered to be the most sacred of all the waters of the world and Tusli is considered to be the most sacred plant. When dying or after death or if someone’s life is not coming out of the body, then Ganga water is poured in his mouth with tusli. Why do you do this? Come let’s know the secret.
1. According to the belief, it is said that by keeping Gangajal and Tulsi in the mouth, the messenger of Yama does not harass the soul of the deceased.

2. According to the belief, keeping Gangajal and Tusli easily removes the life from the body and does not cause any kind of problem.

3. It is also said that the dying person does not die of hunger and thirst, so Gangajal is kept in his mouth along with Tulsi. A person who is hungry and thirsty keeps on wandering unsatisfied.

4. Tulsi is always adorned on the head of Lord Vishnu, putting Tulsi leaves in the mouth at the time of death does not cause a person to face punishment.

5. Ganga is also called Mokshadayini river. That is why there is such a common belief that if a person is given this water at the time of death, then he attains salvation. Ganga is the only river where the drops of Amrit Kumbh fell at two places.

Tulsi Plant
6. Ganges water never rots due to bacteria called bacteriophage. If someone is given a drink of Ganges water, then this bacterium will go into his body and it will destroy the dirt and disease-causing bacteria inside the body. That is why Gangajal is poured into the mouth. Ganges water has the ability to kill coli bacteria. It is also believed that after drinking it, a dying person can set out on the path of living again. Tulsi leaf also communicates Jiveshna in a person.

7. Ganga water has a wonderful ability to maintain the abundance of vitality. For this reason, Gangajal is offered to the dying person. The water of the Ganges has an amazing ability to absorb oxygen from the atmosphere.

8. There is also a practice of keeping a piece of gold in the mouth of a person at the time of death along with Tulsi and Gangajal. It is believed that by doing this a person attains salvation.

9. Water can be purified by adding some fresh basil leaves to the contaminated water. Feeding Tulsi to the dead purifies his body and makes him feel good.

10. Tulsi is also a medicine. Keeping a Tulsi leaf in the mouth at the time of death does not cause any trouble in sacrificing life because it gives rise to a sense of sattvik and fearlessness.