New Delhi.The Khadi stall at the Jharkhand pavilion at the India International Trade fair is attracting thousands of visitors. The governor of Jharkhand K. Sankaranarayanan, along with top government officials spent a lot of time interacting with state Khadi Board Chairman Jainandu, apart from Khadi workers from across India.

Jainandu said the state khadi board is the only one which runs at a profit. “There are 33 khadi boards across the country but the Jharkhand board is only registering profit since its inception in 2004. Besides running in profit, the state khadi board has also rendering various services to the weavers and artisans by opening training centres. The board has also facilitated bank loans worth crores to poor artisans active in the state, Jainandu said.

The Governor also inaugurated a cultural programme highlighting tribal dances of Jharkhand along with Jainandu. Prominent attendees included CEO Brandsmith Rahul Mitra who is also the brand advisor to the state Khadi board, apart from senior bureaucrats, media persons and other dignitaries.

At Pragati Maidan, Jharkhand has been allotted 1,660sqm where 40 to 50 kiosks with handicraft and handloom items can be put on display. This year’s theme at the Delhi fair is “export of services”. 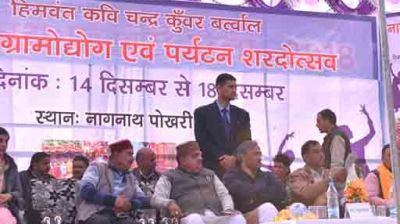 Every possible effort is being made 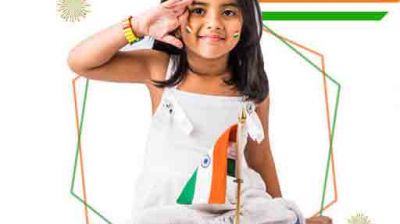 Going to see Dubfire Tonight. Its gonna be 1st class. There playing with Andy. Then next saturday ill be seeing Fatboy Slim. really good nights ahead

Going to see Ferry Corsten Tonight. Its gonna be stunning. There playing with Fatboy Slim. Then next saturday ill be seeing Daft Punk. impressive nights ahead

Going to see Astrix Tonight. Its gonna be stunning. There playing with Roger Shah. Then next saturday ill be seeing Simon Patterson. impressive nights ahead

Good blog! I genuinely love how it's easy on my eyes and the data are well written. I am wondering how I may be notified whenever a new post has been made. I have subscribed to your rss feed which really should do the trick! Have a nice day!

Your post really helped me! Thank you for posting it.

Great blog! I genuinely love how it is easy on my eyes and also the details are well written. I am wondering how I can be notified whenever a new post has been made. I have subscribed to your rss feed which need to do the trick! Have a nice day!

Just about the most concise plus informed info I discovered for this topic. I am sure pleased that I come across the article by accident. Iâ€™ll probably be signing up to the rss feed to ensure I can obtain the newest updates. Truly appreciate the information here.

For me, painting is a way to forget life. It is a cry in the night, a strangled laugh. (Georges Rouault)

This is why I keep going to this site. I can't believe I missed so much since I was here last!

The promotion of the fine arts over the decorative in European thought can largely be traced to the Renaissance, when Italian theorists such as Vasari promoted artistic values, exemplified by the artists of the High Renaissance, that placed little value on the cost of materials or the amount of skilled work required to produce a work, but instead valued artistic imagination and the individual touch of the hand of a supremely gifted master such as Michelangelo, Raphael or Leonardo da Vinci, reviving to some extent the approach of antiquity. Most European art during the Middle Ages had been produced under a very different set of values, where both expensive materials and virtuoso displays in difficult techniques had been highly valued. In China both approaches had co-existed for many centuries: ink and wash painting, mostly of landscapes, was to a large extent produced by and for the scholar-bureaucrats or "literati", and was intended as an expression of the artist's imagination above all, while other major fields of art, including the very important Chinese ceramics produced in effectively industrial conditions, were produced according to a completely different set of artistic values.