KGK Jewellery Manufacturing Ltd, Hong Kong was announced as JNA Award 2016 Recipient in the fifth annual JNA Awards in the category ‘Outstanding Enterprise of the Year- Greater China’. Mr. Navrattan Kothari, Chairman, KGK Group was present to receive the coveted award. Twenty-eight shortlisted companies were recognised and recipients of eleven award categories were announced at the Inter Continental Hong Kong on 14 September. To add to the excitement that evening, internationally acclaimed tenor, Warren Mok, gave an outstanding performance to the audience. Organised by JNA (Jewellery News Asia), the awards event recognises and celebrates companies and individuals whose passion for excellence, innovation and outstanding business performance has helped shape the growth and development of Asia’s jewellery industry. Mr. Sanjay Kothari, Vice Chairman, KGK Group said: “We are very excited and honoured to become a JNA Awards Recipient, which is a significant achievement in itself. We do not only view this as a prestigious endorsement of our business, but an acknowledgment of our commitment to excellence, responsible and ethical business practices, and innovation.” Letitia Chow, Founder of JNA, Director of Business Development – Jewellery Group at UBM Asia and Chair of the JNA Awards Judging Panelcommented, “Great teamwork is always the key to a successful event. Each year, the JNA Awards team work closely with its stakeholders - our valued Headline and Honoured Partners, the judges, all participants who have submitted entries, and guests attending to make this a more meaningful and worthwhile event in the international jewellery and gemstone scene. I would like to extend, again, my warmest congratulations to all of the recipients and honourees” Judging panel expressed “Although KGK is a global jeweller and is a leader in many aspects, the judging panel is particularly impressed with their manufacturing operations in China. The elements are consistently well thought out and executed, including the way the factory is laid out, treatment of wastewater, protection of air quality in the work environment and the comfort of the employees.  The company is also innovative in promoting and enhancing workers output by designing two production facilities mirroring each other in order to create competition and comparison of productivity. The judges recognise that such operation is not an easy task, especially for a foreign-operated factory in a predominantly Chinese-worker environment and are impressed by the amount of effort and planning that went behind it.”
Read the full article
Tags: Chairman CEO Hong Kong KGK Group INVC NEWS Hong Kong KGK Jewellery Manufacturing Ltd JNA is the organiser of the JNA Awards Navrattan Kothari Navrattan Kothari receiving the award from Jime Essink UBM Asia

Survey highlighted the need for digital infrastructure with 65% of... 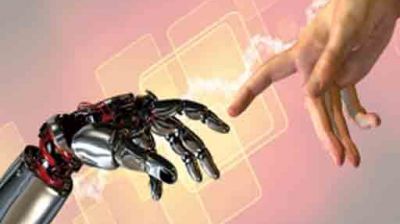