Keralites and Pilgrims can now travel in a Zero Emission

New Delhi , In a first of its kind move, the pilgrims of Sabarimala will be now able to travel in Zero Emission and noise less Electric Buses from Olectra - BYD, a leading player in Electric Public Transport System. eBuzz K7 model, which has been successfully plying for over one year at a high altitude between Kullu-Manali-Rohtang Pass route in Himachal Pradesh, proving its durability to run in all kind of terrains, will now start its commercial operations in the southern state under Kerala State Road Transport Corporation (KSRTC). These Buses are manufactured in India by Olectra Greentech (Formerly Goldstone Infratech) in a strategic tie-up with BYD Auto Industry Co. Ltd – world’s largest electric vehicle company. The 9-Meter Air-Conditioned low floor buses having a capacity of 32+1 (Driver) seats will ensure a comfortable ride to the pilgrims. The lithium-ion (Li-ion) Battery installed in the bus enables it to travel up to 250 KMs in a single charge based on traffic conditions. The technologically advanced eBuzz K7 has a regenerative braking system which enables the bus to recover part of the kinetic energy lost in braking. The high-power AC charging system enables the battery to get fully recharged in between 2-3 hours. It has Electronically controlled air suspension to ensure a comfortable travel. eBuzz K 7 is also equipped to offer protection from Short circuit, Over temperature function and Lightening to ensure a safe ride to the passengers. While announcing the deployment of the buses Mr. N Naga Satyam, Executive Director – Olectra Greentech Limited said, “Olectra-BYD is proud to operate its state-of-the-art electric buses in one more state in the country. Our buses would now contribute to preserve the rich ecology of Kerala - God’s own Country. Olectra-BYD is committed to its efforts to reduce the increasing pollution levels through an efficient Electric Public Transport System. We are sure that like other states our 10 buses will repeat the success in Kerala state as well. eBuzz K 7 has already proved its reliability as it has been successfully plying at a high altitude and steep gradient of 13,000 feet in Himachal Pradesh.” The company has recently launched its first luxury Electric Bus – eBuzz K6 LuXe (7Meter) in Bus World at Bengaluru. Olectra-BYD also has the distinction of deploying India’s first commercially running Electric Bus which started operating under Himachal Roadways Transport Corporation (HRTC) for the public. The company is also running its Electric Bus eBuzz K7 in Mumbai under Brihan Mumbai Electricity Supply and Transport Undertaking (BEST). Apart from this, the 12-meter variant, eBuzz K9 has successfully completed its trials in Bangalore, Delhi, Chandigarh, Goa, Rajkot, etc. Olectra’s another model eBuzz K6 was the first ‘Make in India’ Electric Bus which was exported to Nepal in June 2018. Olectra-BYD buses have completed more than 4,00,000 Kms on Indian roads and have reduced CO2 emissions up to 419 tonnes till now which would have required 2,095 trees instead.
Read the full article
Tags: N. Naga Satyam Sabarimala Executive Director – Olectra Greentech Limited 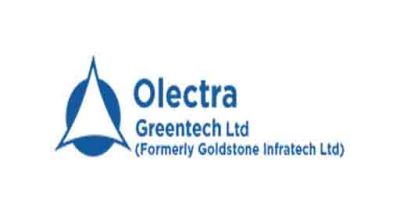