Total Read - 144        Comments - 0
INVC NEWS
Mumbai , Responsible Tourism, which began modestly in the palm-fringed backwaters of Kumarakom in 2008 as an experiment has today mushroomed and fleshed out as the motto of Kerala’s Tourism module. With a newly founded Responsible Tourism Mission and Kumarakom bagging the prestigious Responsible Tourism Award at the World Travel Mart, London, it is no wonder that the New Tourism Policy unveiled by Kerala focuses in depth at sustainable tourism initiatives. The policy also forms a major highlight of this year’s domestic campaign. The revamped fare with an array of new tourism products was showcased at Mumbai . “To ensure the accomplishment of an ambitious target of a 100% increase in arrival of foreign tourists and 50% in domestic tourists in five years, a tourism regulatory authority has been formed. This would help put a stop to any unhealthy practices and guarantee better intervention of the Tourism Department through scrutiny and a licensing system,” said Shri. Kadakampally Surendran, Minister for Co-Operation, Tourism and Devaswom, Government of Kerala. Kerala, voted the Best Family Destination by Lonely Planet, the Best Leisure Destination by Conde Nast Traveller and winner of 6 National Tourism Awards in 2016, offers the much-needed succour and adrenaline rush to its adventure-seeking traveler. Kayaking, trekking, paragliding, river rafting are a few activities that form a part of the Eco-Adventure package. And with the 5th edition of Kerala Blog Express, a unique social media outreach that brings together international bloggers and influencers just around the corner, Kerala is gearing up to welcome every kind of traveler. Kerala Blog Express starts on 12th of March. Scheduled in the later half of the year is another major B2B event, India’s first Travel & Tourism mart that has over the years helped showcase Kerala to the world. KTM brings the business fraternity and entrepreneurs behind Kerala's unparalleled tourism products and services, on a single platform. The 10th edition of this 4 day event begins on 27th Sept.
Read the full article
Tags: Government of Kerala Kadakampally Surendran Minister for Co-Operation Tourism and Devaswom 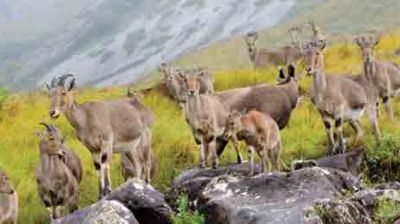 Kerala Tourism expects 79% increase in tourist footfalls during this... 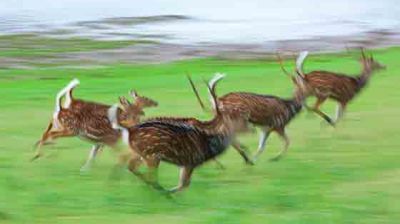 The value of public participation in tourism is phenomenal