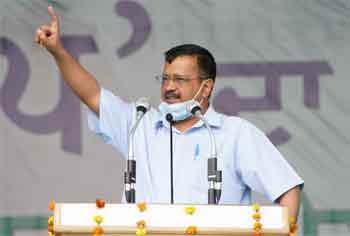 INVC NEWS
Chandigarh,
Punjab Chief Minister Captain Amarinder Singh on Monday ripped into Arvind Kejriwal’s brazen claims and allegations, slamming the Aam Aadmi Party (AAP) leader’s shameless lies as a re-run of the spree of false promises and cheap attacks on the Congress he had resorted to back in the 2017 polls.

“The people of Punjab were wise to your deceptions then, and can see through them again now,” said the Chief Minister, in a hard-hitting response to Kejriwal’s criticism of his government and the state Congress. Kejriwal’s barefaced lies will be exposed again, just as they had been exposed in the 2017 Assembly polls, Captain Amarinder added, slamming the AAP national convenor’s fabrications and deceptions. “Punjab knows what a first-rate liar and master of deceit you (Kejriwal) are,” he added.

Trashing his Delhi counterpart’s allegation of the Congress government in Punjab failing to fulfill its poll promises, the Chief Minister said it was ridiculous to compare his government’s track record of over 84% promises implemented with the Delhi government’s pathetic track record of less than 25% of AAP’s 2015 manifesto commitments fulfilled in 2020. “If this is the Delhi model you (Kejriwal) are promising Punjab then my people are better off without it,” he added. Instead of indulging in deceitful claims and talking of `badla’, Kejriwal should focus on Delhi, which is still waiting for him to fulfill even 50% of his poll promises, remarked Captain Amarinder.

Data available in public domain shows AAP’s wretched credentials when it comes to delivering on its promises, said the Chief Minister, pointing to the plethora of independent analyses ahead of the 2020 Delhi Assembly polls, which had showed that at the end of its 5-year term, the Kejriwal government had fulfilled only 11 of its 70 promises. Slamming Kejriwal’s dramatics at a Mahapanchayat yesterday, Captain Amarinder said, “Unlike Delhi’s voters, those in Punjab are not deceived by such hyperbole and have trust in their own eyes and in what they can see on the ground,” quipped Captain Amarinder.

It was a matter of record, said the Chief Minister, that despite Delhi Congress leader Ajay Maken’s repeated questioning on the issue, the AAP government in Delhi had failed to show its progress on its 8-lakh jobs’ promise of 2015. Even the much-touted Delhi Skill Mission had failed to take off, he pointed out, adding that, as per figures listed in one of the analysis, the Kejriwal government had given jobs to 102 people in 2016, 66 people in 2017, and 46 people until April 2018. “You really have no shame if you can come and criticise my government’s employment record with such data on Delhi,” he added.

In contrast to the AAP government in Delhi, his government in Punjab had provided 16.29 lakh jobs/self-employment opportunities under the Ghar Ghar Rozgar Mission, with a whopping 58,709 in the government sector alone, he pointed out, mocking Kejriwal’s desperate efforts to deceive Punjab’s people and disillusion them against his government. He said during the last year of its current term, his government would be recruiting another one lakh people to fill  existing vacancies in government jobs.

Citing survey of the Government of India and its agencies, Captain Amarinder pointed out that as per the Report on Periodic Labour Force Survey (2018-19) released by Ministry of Statistics and Programme Implementation, as against Delhi’s unemployment rate of 8.0%, Punjab had 7.2% unemployment, which was even lower than the national average.

“Apparently your Punjab leaders, as always, failed to give you correct inputs before you came to Punjab, or perhaps they deliberately misled you,” the Chief Minister said, taking a dig at Kejriwal over the latter’s promises to the people of Punjab.

Captain Amarinder also did not spare Kejriwal over his “will always stand shoulder to shoulder with the farmers protesting against the Centre's three farm laws” comment. “Everyone knows who you are standing with on this issue,” quipped the Chief Minister, reminding the AAP leader that his government in Delhi had already implemented one of the farm laws. Even in Punjab, AAP had taken a U-turn on the issue, he pointed out, asking the Delhi chief minister to stop poking his nose in “my state’s affairs, which I am capable of handling much better than you are doing in the national capital.”

The Chief Minister also lambasted Kejriwal for not ensuring Covid-appropriate behaviour during the Moga meeting, where the AAP leadership itself was seen without masks. He termed it the height of irresponsibility and said it showed how little Kejriwal and his party cared about the people of Punjab. “Back in Delhi, they are imposing hefty fines for not wearing masks, and here they go about shamelessly uncaring about Covid safety protocols,” he pointed out. He further noted that while the Punjab Congress had put all political rallies etc on hold due to the Covid surge, the fact that Kejriwal failed to do so showed that his only interest in Punjab was to grab power by hook or by crook. 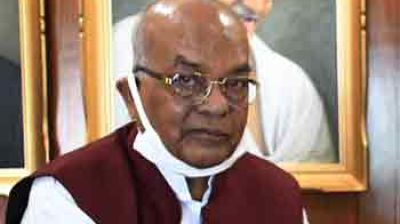 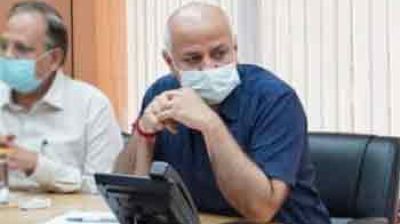 Our main objective is to keep the people of the... 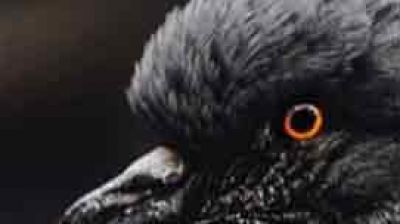 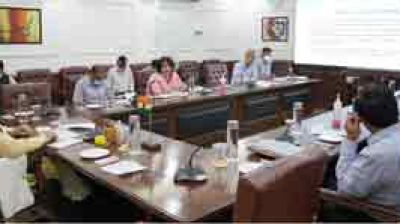 Free Covid Vaccines would be provided to all