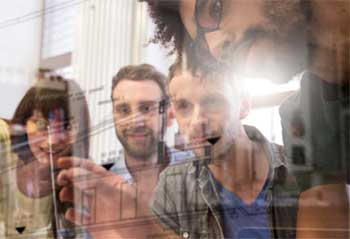 As per the information provided by the Government of Jammu & Kashmir, a total of 21,13,879 persons have applied for Domicile Certificates.

Rule 5 of the J&K Grant of Domicile Certificate (Procedure) Rules, 2020 mandates certain documents which are to be annexed with the application. Those applications which lack the prescribed documents are rejected. The relevant order of the Govt. of Jammu & Kashmir is available on their web site, https://jkgad.nic.in

A total of 1,21,630 applications have been rejected so far for not annexing prescribed documents with the application.

A wide range of measures were undertaken by the Government of India for the relief and rehabilitation of the migrants of East Pakistan, which include the following:

i)          Relief camps were opened by the Government to provide food, shelter and other facilities to the migrants.  Rehabilitation assistance was also extended to the non-camp migrants.

iii)        A number of vocational and training schemes were introduced.

Due to the Indo-Pak war of 1947, a total of 31,619 families got displaced from the Pakistan Occupied Jammu and Kashmir (POJK), out of which 26,319 families got registered and settled in the erstwhile State of Jammu & Kashmir. A total of 5,300 families who were initially registered with the PRO, J&K subsequently moved to other parts of the country.

For the displaced families of 1947 which stayed in J&K, the Government of Jammu & Kashmir had allotted agricultural land ranging from 4-8 acres per family. Those who settled in urban areas were provided plots/quarters besides cash ex-gratia of Rs. 3500/- per family.  For those families which did not get land allotted as per prescribed scales, cash compensation was sanctioned by Government of India in lieu of land deficiency.  Others were allotted land /plot/quarter as per fixed scale for their rehabilitation. The displaced families which did not settle in Jammu & Kashmir were paid an ex-gratia of Rs. 3500/- per family at the time of their registration.

In order to mitigate the hardships of the displaced families of PoJK and Chhamb, the Government of India under the Prime Minister’s Development Package-2015, approved a rehabilitation package with an outlay of Rs. 2000 crores on 22nd December, 2016. Under the package, one-time financial assistance of Rs. 5.5 lakhs per family (Central share is Rs.5,49,692/- and the State share is  Rs. 308/-) is provided to the displaced families.

In September, 2019, the Government of India further approved the inclusion of those displaced families of PoJK, out of 5,300 families, who  initially  moved  out of Jammu and Kashmir, but later on returned and settled in Jammu and Kashmir. Such families are also eligible for one-time financial assistance of Rs. 5.5 lakh per family.

As per the information provided by the Government of Jammu & Kashmir, no Kashmiri Hindu families have migrated from J&K after the abrogation of Article 370 and 35A.

Kashmiri Pandits have been issued Domiciles under new rules. It is a continuous process.

What will be the political future of Ghulam Nabi Azad