New Delhi, Nobel Peace Laureate Kailash Satyarthi , who is a well  known children’s rights and education advocate will have an interactive session titled “ The Ripple Effect” with members of the FICCI ladies Organisation (FLO) onMay 17, 2017  at Federation House, New Delhi  to share his inspirational stories and thoughts on upliftment of the society and more specifically protecting children from the scourge of bondage, trafficking and exploitative labour . “ The session aptly titled, “The Ripple Effect”  With Kailash Satyarthi has been organised with the objective to deliberate and showcase positive examples of people who managed to beat the odds in India's villages, towns and cities and  worked for the underprivileged children and labour  .  The inspirational stories that will be shared during the session will not only inspire the society in general but also highlight the ethical ways and means  to protect child rights and work towards sustainable development. “ said Ms Vasvi Bharat Ram, President, FICCI Ladies Organisation (FLO). “The story of India is one of growth, achievement and challenges. On one hand, when the nation is reaping the benefits of the demographic dividend of a young and emergent work force, it also faces the grave problem of child labour and other forms of crime against children.  The good news is   child labour has been decreasing, though at an abysmal rate of 2.2% per year from 2001 to 2011. The bad news is One in every 11 children below 14 years in India is working. This is as per International Labour Organization’s World Report on Child Labour 2015 and CRY  analysis of the Census 2011.” Said Ms Bharat Ram. “The primary objective of FLO is women empowerment. However, our responsibility towards the society doesn’t end there. With nearly half million children in the country, we need to ensure that the gaps are bridged and we contribute towards the survival, growth, development and sustenance of India’s greatest asset: its children”, she added. “As a part of its activities, FLO brings together achievers from various arenas for interactive sessions on breaking through challenges and innovating change to achieve success. Nobel Peace Prize winner Kailash Satyarthi has been at the forefront of the global movement to end child slavery and exploitative child labour since 1980. Child labour is a human rights issue that has staggering effects on poverty, illiteracy and humanity. Mr Satyarthi and the grassroots movement founded by him, Bachpan Bachao Andolan (Save the Childhood Movement), have liberated more than 84,000 children from exploitation and developed a successful model for their education and rehabilitation.” Said Ms Bharat Ram. As a worldwide campaigner, Mr Kailash Satyarthi has been the architect of the single largest civil society network for the most exploited children, the Global March Against Child Labour, which is a worldwide coalition of NGOs, Teachers' Union and Trade Unions active in 140 countries. Mr. Satyarthi’s efforts led to the adoption of ILO Convention 182 on worst forms of child labour in 1999. Mr. Satyarthi is a member of several high level groups on child labour and education. He is one of the rare civil society leaders to have addressed the United Nations General Assembly, International Labour Conference, UN Human Rights Commission, UNESCO and is one of the commissioners of the high-level International Commission on the Financing of Global Education Opportunities. In 2014, he was jointly awarded the Nobel Peace Prize for the “struggle against the suppression of children and young people and for the right of all children to education.” Mr. Satyarthi’s efforts to end child slavery, trafficking, forced labour and violence received international support when in September 2015, he succeeded in getting child protection and welfare-related clauses included in the Sustainable Development Goals (SDGs) of the United Nations.
Read the full article
Tags: unesco United Nations General Assembly International Labour Conference Kailash Satyarthi Nobel Peace Laureate Kailash satyarthi to have interactive session with ficci ladies organisation on may 17 Ms Bharat Ram Nobel Peace Laureate Kailash Satyarthi UN Human Rights Commission 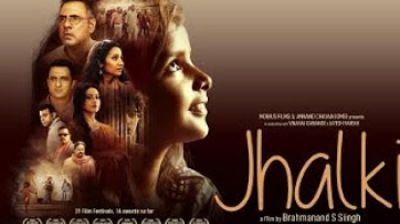 Jhalki, A Powerful Film: Entertaining and Meaningful at the Same...

India is committed to fulfill its responsibilities towards lowering carbon...