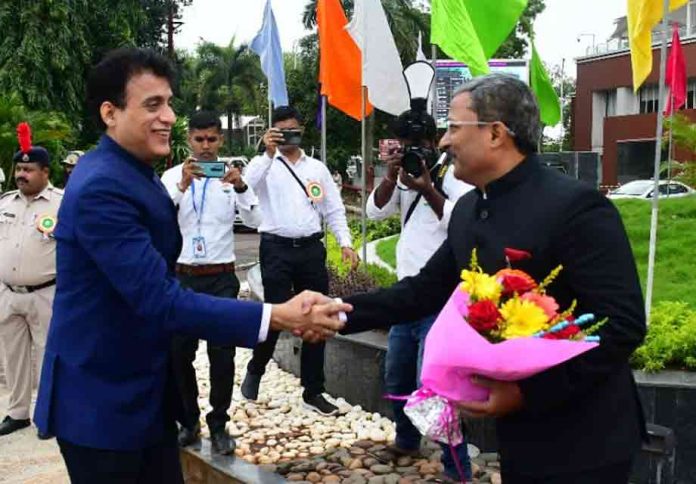 Addressing the gathering on the occasion of the Independence Day ceremony, Shri Sanjay Sethi, IAS, Chairman, JNPA, said, “As we celebrate our independence day, in last one year we at JNPA organized several events under Azadi Ka Amrit Mahotsav that highlighted the various achievements and actions taken by us in contributing to add glory to the nation in different aspects. Since independence India’s port and the maritime sector have played a pivotal role in the nation’s growing economy and J N Port has been contributing to it for 33 years. Wishing you all a very happy Independence day, may we as India’s best performing Port take the nation’s grandeur to even greater heights globally in the days to come.”

Later, Shri Sanjay Sethi, IAS, Chairman, JNPA felicitated Sister Ujwala Nikhalje & Sister Sushma Mhatre working at JNPA Hospital for being at the forefront of the vaccination drive in the fight against the Covid19 pandemic.

In the last year, JNPA aligning with the guidelines of the Ministry of Port, Shipping and Waterways, Government of India, organized various events under Azadi Ka Amrit Mahotsav for the employees and even for the public welfare. Free health checkup camps, port visits for college students and faculties to create awareness about the port sector, various competitions, cultural events, tree plantation, etc. were conducted by JNPA as initiatives under Azadi Ka Amrit Mahotsav.

The celebration of Independence Day concluded with Shri Sanjay Sethi extending warm Independence Day greetings to all the Employees, Labour Trustees and stakeholders of JNPA. Followed by cultural event organized by CISF officials on the theme of patriotism.