Home Business J&K Govt to give priority to address the menace of Smuggling and... 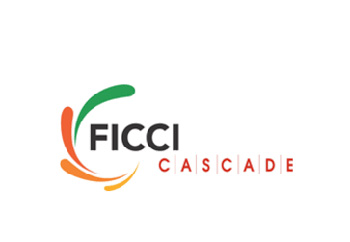 J&K Govt to give priority to address the menace of Smuggling and Counterfeiting: Ranjan Prakash Thakur, Principal Secretary, Dept of Industries and Commerce, Govt of J&K

Mr Ranjan Prakash Thakur, Principal Secretary, Department of Industries and Commerce, Govt of Jammu and Kashmir today said, “Illicit trade is a grave concern, it undermines the nation’s economy, affects the health of the citizens and needs to be addressed on an urgent basis.”

Addressing a webinar on ‘Policies and Strategies to Prevent Counterfeiting and Smuggling’ organized by FICCI’s Committee Against Smuggling and Counterfeiting Activities Destroying the Economy (CASCADE), Mr Thakur said that adequate priority needs to be placed across the government department in J&K, be it enforcement, training, or consumer awareness while addressing the issue.

Mr Mohd Akbar, Joint Director, Department of Food, Civil Supplies and Consumer Affairs, Govt of J&K said, “Large scale consumer awareness through the help of print and electronic media needs to be created which will sensitize the public on this menace.”

Ms Irfana Ahmed, Deputy Drug Controller, Kashmir while sharing the initiatives of the department to address this issue stated that in last few years, almost 23 drugs were found to be spurious in the UT and 70-80 percent cases were prosecuted.

Mr Laeeq Ahmad, Deputy Director Prosecution, Crime Headquarters, Jammu & Kashmir Police said, “During the year 2020, we have seized around 3 lakh 87 thousand intoxicated capsules, fake injections and syrups. In the year 2018, 2019 & 2020, 15, 24 & 26 cases have been registered under the copyright act at various police stations of Jammu & Kashmir UT,” he added.

Mr Anil Rajput, Chairman, FICCI CASCADE said, “Illicit products have infiltrated everyday avenues of commerce, making their way into supply chains and consumers’ homes, thereby threatening manufacturers’ competitiveness, undermining consumer confidence and posing a threat to individuals’ health and safety.” Applauding the efforts of the enforcement authorities, he said, “While smugglers and counterfeiters are exploiting the current situation by supplying illicit alternative of products, the alert enforcement authorities in J&K have uncovered and arrested people engaged in illicit trade of liquor, cigarettes, currency, drugs, sanitizers and much more.”

As cases related to smuggling and counterfeiting rise steeply during the past few months, today’s webinar was organized to discuss actionable, innovative solutions and strategies for curbing this menace. This initiative is a part of a series of such interactions which are being organized by FICCI CASCADE, across the country to highlight the problem of counterfeiting and smuggling and elicit response from different states.