Home International Japan annoyed by China’s activities in the ocean 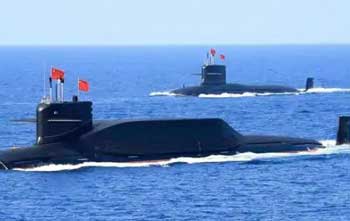 Japanese Prime Minister Fumio Kishida on Saturday expressed displeasure over China’s activities in the East China Sea. He said he was disappointed with China’s development work in the ocean and all this was “unacceptable”. Speaking to reporters in the western city of Kyoto, he said the government had lodged a complaint against China through diplomatic channels.

Japan’s PM Kishida said ‘It is very disappointing that China is making unilateral development in the East China Sea when the borders are not yet determined, we cannot accept it’ Let us tell that the Japanese Foreign Ministry issued a statement on Friday. The increase in Chinese efforts to develop natural resources in the China Sea was confirmed. Including the areas west of the midpoint between Japan and China.

Significantly, a source of enduring tensions between the world’s second and third largest economies is the dispute over small islands in the East China Sea and the waters around them, which Japan controls but China also claims. PLC&GT

Tension escalates between China and Australia