Union Minister Dr Jitendra Singh disclosed here yesterday that the Jammu & Kashmir’s Corona testing capacity has increased to over 350 samples per day which is a major achievement because till about two to three weeks back, there was facility of testing hardly 50 samples a day.

After a detailed audio- interaction regarding Corona healthcare facilities in J&K, Dr Jitendra Singh lauded the Union Territory government of Jammu & Kashmir, particularly the health authorities, for bringing about a major upsurge in their Corona care and prevention capacity during the lockdown period. He complimented the health administration and the dedicated team of UT’s medical professionals. He also appreciated Financial Commissioner, Health, J&K, Atal Dulloo for his diligent follow up and close coordination with Central Government authorities.

Dr Jitendra Singh further explained that one of the reasons for faster detection in comparatively larger numbers is that earlier there was constraint of being able to send just about 50 samples a day for Corona, which has now increased seven to eight times within a few days.

Compared to many other States and Union Territories, Dr Jitendra Singh said, J&K has been faster in upgrading its health infrastructure to meet the sudden challenge that emerged in the form of Corona pandemic. For example, he said, the number of isolation beds has increased from 1533 to 2372 beds and there are 1689 additional beds in the pipeline.

While Jammu & Kashmir was among the first to set up dedicated COVID hospitals, the number of which has now increased to 17, Dr Jitendra Singh said, the number of ICU beds designated for COVID patients if required has also been increased from 25 to 209.

Allaying all apprehensions regarding the availability of Ventilators, Dr Jitendra Singh said, the designated Ventilators for possible Corona patients, which were earlier 46 in number till a few days ago are now 209 as of today. Similarly, the number of quarantine beds has increased nearly four times from 7,909 to 26,943.

Dr Jitendra Singh also credited the Union Territory Government for promptly following the various guidelines released from the Centre from time to time, whether it be in respect of setting up of Decontaminated Tunnels or the distribution of AYUSH drugs to boost immunity.

Market size for Vitamin C and Zinc tablets is estimated...

Acute conjunctivitis can be the only presenting sign and symptom... 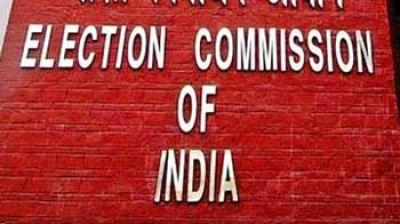 CSIR-CMERI unveils the COPS for Workplace

India is on the verge of becoming a global manufacturing...

India could capture substantial chunk of Asian market in Bamboo...