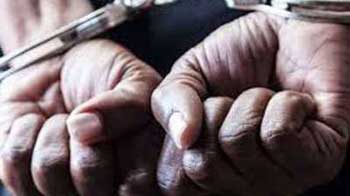 The police arrested 21 people, including the main accused Ansar, in the violence that broke out after stone pelting on the procession on Saturday evening on Hanuman’s birth anniversary in Jahangirpuri area. Apart from these, 2 minors have also been arrested. About 21 people are being taken into custody and interrogated. The Home Ministry has deployed five additional companies of CRPF and RAF.

The police on Sunday produced 14 accused in the court, from where 12 were sent to jail, while Ansar and Aslam, the accused of firing, are in police custody. At present, there is an atmosphere of tense calm in the area. The Ministry of Home Affairs has sent five more companies of CRPF and RAF as a precaution.

Shaandaar Shanivaar!! Get Ready For A Punjab Police Special in Antakshari 2 At 7 Pm Today!

RPF personnel work diligently round the clock, across the nation to fulfill the triple objectives of Satarkata, Suraksha and Sewa