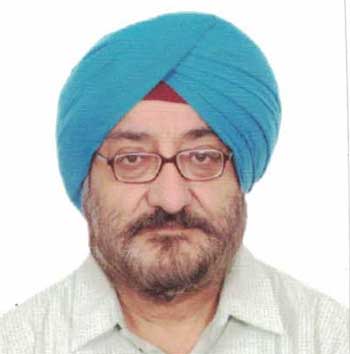 Government of India has appointed Shri J. P. S. Chawla, 1985-batch Indian Civil Accounts Service (ICAS) Officer as the new Controller General of Accounts (CGA), Ministry of Finance, Department of Expenditure with effect from October 15, 2019 on regular basis. Shri J. P. S. Chawla has however been officiating as CGA with effect from September 1, 2019.

Shri Chawla is a bachelor of Engineering (BE) in mechanical engineering from the Delhi College of Engineering, Delhi. He has worked for four years with the Public Sector Engineering Enterprise, Engineers India Limited (EIL), prior to joining the Civil Services. During his 34-year career he has held various cadre posts at different levels in a number of Ministries/Departments with Prasar Bharti, Urban Development, Civil Aviation & Tourism and Agriculture to name a few. He has also served on deputation with the Delhi Development Authority (DDA) and served as Director (Finance) in the Indraprastha Power Generation Company Limited (IPGCL) and Pragati Power Limited (PPL).

Prior to assuming the charge of CGA, Shri Chawla served as Principal Chief Controller of Accounts, Central Board of Indirect Taxes & Customs (CBIC) where he was instrumental in the finalisation of the accounting procedure and operationalisation of GST Network (GSTN) before the national rollout of GST. He also played a key role in the integration of the IGST refund payment network of CBIC with the Public Financial Management System (PFMS) as part of the Government of India’s decision to digitise all Government receipts and payments through the PFMS portal of the Office of Controller General of Accounts.
Read the full article
Tags: J.P.S. Chawla