Home Business It is the largest pink diamond ever found in the last 300... 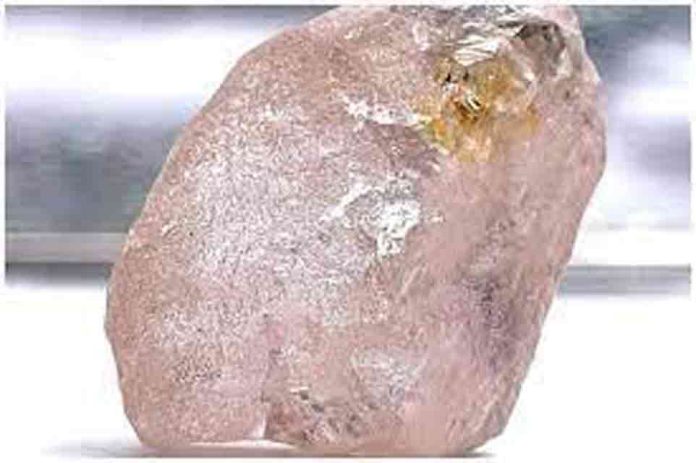 An Australian mining company has given this information. The Lukapa Diamond Company and its partners discovered the rare stone at the Lulo mine in Angola. It has been named Lulo Rose i.e. Rose of Lulo. The Lucapa Diamond Company said in a statement to investors that it is one of the largest pink diamonds ever found in history.

The Government of Angola is also a partner in this diamond mine. He has also welcomed getting the diamond. It is a type 2A stone which is one of the rarest and purest forms of natural stones. Angola’s Minister of Mineral Resources, Diamantinos Azevedo, said, “This magnificent pink diamond recovered from Lulo represents Angola as an important player on the world stage.”

Stephen Weatherall, CEO of Lucapa, said, “One in 10,000 diamonds is pink. If you are looking at such a huge diamond, you are definitely looking at something very rare. According to the information, diamond is extracted from the river bed in this mine.

The Lulo mine employs about 400 workers who have discovered two of Angola’s largest diamonds ever discovered. One of these includes a 404 carat diamond.

The pink diamond is the fifth largest ever found in the mine. Earlier, a similar pink diamond was sold at a higher price in the international market. A 59.6-carat Pink Star was sold in Hong Kong in 2017, which was valued at over Rs 5.5 billion. Till now it has been the most expensive diamond in the world. PLC/GT

India Kids Fashion Week will be organised in New Delhi