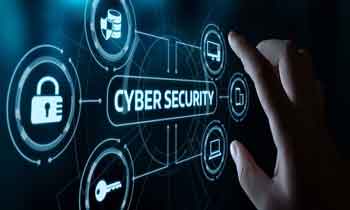 In his address on the occasion, the Union Home Minister said the Prime Minister, Shri Narendra Modi, has described the period of 25 years from the AzadikaAmritMahotsav to the centenary of ourIndependence as ‘AmritKaal’. During this period, many programs have been devised by many ministries and departments to take the country to the number one position in the world in every field. For this, it is also the time to consider the challenges before us and every department and ministry should have a 25 year program. He said only the resolve of 130 crore people can be the means to take India to the top.

Shri Amit Shah said it is not possible today to imagine India’s development without cyber safety. Today, India is progressing in every field only due to the initiative of Prime Minister Shri Narendra Modi. If we do not ensure cyber security, then our own strength will become a big challenge for us. That is why this program has been organized to figure out challenges and solutions of cyber security in the era of digital revolution and to make cyber security information accessible to every person.

Shri Shah said that if we analyze global technological revolutionsover the last 200 years, then it started with the steam engine, then moved to electrical energy to Information Technology and now we are moving towards a digital revolution. If India has to move ahead in this field, then a Cyber Safe India has to be built. He said it is the vision of the Prime Minister that every Indian should empower himself or herself through technology and the internet. The Digital India program not only made people empowered but also made positive changes in the lives of people.

The Union Home Minister said that today public awareness is the most important pillar in the vision of a Cyber Safe India because without awareness it cannot be used. That is why public awareness, public interest, efforts in public interest to find solutions to the challenges of technology and ultimately public welfare. Today 130 crore Indians get the benefit from the government directly in their bank accounts through DBT. Before 2014, one could not have imagined this because there were crores of people who did not have bank accounts. Now, in 8 years, there is not a single family that does not have a bank account and the benefits of government schemes reach them online. Rs.6,000 reaches accounts of 13 crore farmers annually. This is a big achievement but at the same time it is also a big challenge. There is a big challenge before us to secure the country from cyber fraud and many types of cyber attacks.

Shri Amit Shah said we should try to take cyber security to every part of the country. Through this program, efforts have been made to create awareness amongst the people through various steps like cyber cleanliness, measures for prevention of cyber crimes, popularization of crime reporting portal, popularization of cyber financial crime reporting helpline number. He said that misuse of cyber space is not a new thing. Be it malware attacks, phishing, attacks on critical infrastructure, data thefts, online frauds, child pornography, many challenges are there. In 2012, cyber crimesreported were 3,377 and in 2020 the figure has reached 50,000, 136 cyber crime cases were registered every day in 2020, the number of cyber crimes per one lakh population also increased by 270 percent in four years.In 2016 the figure was one and in 2020 it increased to 3.7. This shows how big a challenge this growth is going to be in the coming times. The cybercrime reporting portal was launched three years ago on which more than 11 lakh complaints of different types have been registered so far. More than two lakh complaints of social media crimes have also been registered. This volume is going to increase day by day as today 800 million Indians have an online presence in India, by 2025 another 400 million Indians will enter the digital world, there has been a 231 percent increase in internet connections in the last 8 years. In the last 8 years, our data cost per GB has come down by about 96 percent which is expected to come down further as when users increase data becomes cheaper.

Shri Shah said that 45 crore new accounts have been opened under the Pradhan Mantri Jan DhanYojana alone and 32 crore RuPay debit cards have been distributed in the country in the last 8 years. These 32 crore people have never been in the world of debit or credit cards and even though their transactions are small, their online presence gives an idea of how our business is growing. Transactions on UPI have crossed US $ One Trillion in FY 2022 and the world is astonished that transactions on UPI alone have crossed US $ One Trillion. India is first in the world in digital payments. India accounted for 40 percent of the total global digital payments in 2021, which shows our size. BHIM-UPI are no longer just Indian apps but have become global. UPI and BHIM apps have been accepted in Singapore, the UAE, Bhutan, Nepal and now also in France.

The Union Home and Cooperation Minister said we have ensured DBT through Jan Dhan, Aadhar and Mobile. More than 300 schemes of about 52 ministries cover DBT and till now the government led by Shri Narendra Modi at the Center has transferred an amount of Rs. 23 lakh crore directly to bank accounts in seven years. This has also resulted in a savings of about Rs. 2 lakh crore. BharatNet is also developing very fast, 5.75 lakh km of fiber cable has been laid and work has been done to connect 1.80 lakhvillages in the last 8 years which was less than 10,000 8 years ago. We should be aware of how big the challenge is going to be before all of us. But the Ministry of Home Affairs, Government of India is also fully aware about prevention of cyber fraud in a very vigilant way and is moving fast.

The Union Home Minister said cyber security is also linked with national security in a way. Those who do not want to see our country safe, also attempt various types of cyber-attacks. Some nations have even created a cyber-armies. But the Ministry of Home Affairs of the Government of India is also fully alert to deal with these threats and is also upgrading itself to prevent such threats. He said that many new dimensions of cyber fraud will be seen in the coming days, we will also have to make many preparations in terms of cyber space security. The questions of privacy of citizens are already there, we have to be more careful in the context of critical information security. Both data and information are going to become a huge economic force in the coming days, so we have to prepare ourselves for the security of data and information. This is a new type of initiative taken by the Ministry of Culture and the Ministry of Home Affairs under the AzadikaAmritMahotsav. I believe the nation will be safe when we celebrate the Centenary of our Independence. The nation will then be safe not only from the point of view of cyber security but India will also have the most secure cyber atmosphere in the world.

BJP high command is continuously focusing its attention on Telangana

The 18,000 km journey will revive the immortal saga of unsung martyrs as well as inculcate the spirit of patriotism in the youth

BJP adopting UP strategy in Bihar too